WGO? Is Obama after Assata Shakur?

On May 3, 2013, former Black Panther and Black Liberation Party member, Assata Shakur became the first woman in history to make to the FBI’s Most Wanted List.

HJFoley of Misebogland wrote
In May of 1973, Shakur was in a car that was pulled over by police on the New Jersey highway. A shootout occurred, resulting in the deaths of her companion and fellow activist Zayd Malik Shakur and State Trooper Werner Foerster. 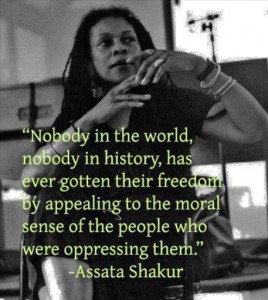 Assata Shakur was wounded in the gunfight, having been shot twice. Accounts of what happened that night differ greatly — surviving Trooper James Harper (also wounded) claimed that Zayd Malik Shakur began firing when they asked him to step out of the vehicle whereas Assata Shakur attests that the police fired first, even after she had her hands in the air.

“To make a long story short, I was captured in New Jersey in 1973, after being shot with both arms held in the air, and then shot again from the back,”

After being convicted to life in prison for the death of Foerster, Shakur, formerly know as Joanne Chesimard, escaped, with the help of her comrades and fled to Cuba where the 66-year old woman currently resides in political asylum. 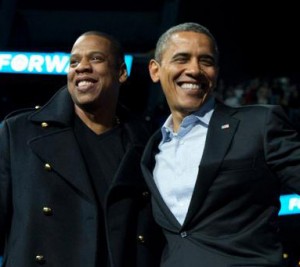 When her name was added to the FBI’s Most Wanted List, the bounty on her head was doubled from $1 million to $2 million. And in the wake of the tragic rise in status, rumors have circulated that not only is the Obama Administration personally involved in this escalation of the hunt for Assata, but that Hip Hop mogul Jay-Z was working with the government when he visited Cuba.

Activist and founder of the grassroots organization, the FTP Movement , Kalonji Changa interviewed former Black Panther and BLA Co-founder Dhoruba Bin Wahad about his thoughts on his comrade Assata Shakur being added to the FBI’s “Most Wanted Terrorist List” and the increase of her bounty to $2 Million Dollars. He had this to say.

“The recent visit of Millionaire Rap Mogul Jay-Z and his wife Beyoncé to Cuba served as a cover for unofficial back-door communications to the Cuban government conveying the Obama’s intentions to modify or lift the four decade old illegal embargo/blockade of Cuba and that the presence of former Black Panther, and Black Liberation Army member Assata Shakur could hinder or derail this diplomacy. Jay-Z’s delegation included a State-Department “reliable” personage who transmitted the Obama’s administration’s position. Once the Republican/Right got wind of this overture they screamed bloody murder, but could do little about it as lifting the Cuban Blockade is now crucial to the US reasserting dominance in a post Castro-Chavez Latin America as the geo-economic center for Latin American nations. So Assata is a pawn in the chess game of US imperial diplomacy.”

Read the WHOLE story at the source: The FTP Movement

Do you think the government sent Jay-Z to Cuba?

And why do you think Assata has been added to the FBI’s Most Wanted List after all of these years?

Do you think this a directive from Obama’s desk directly?