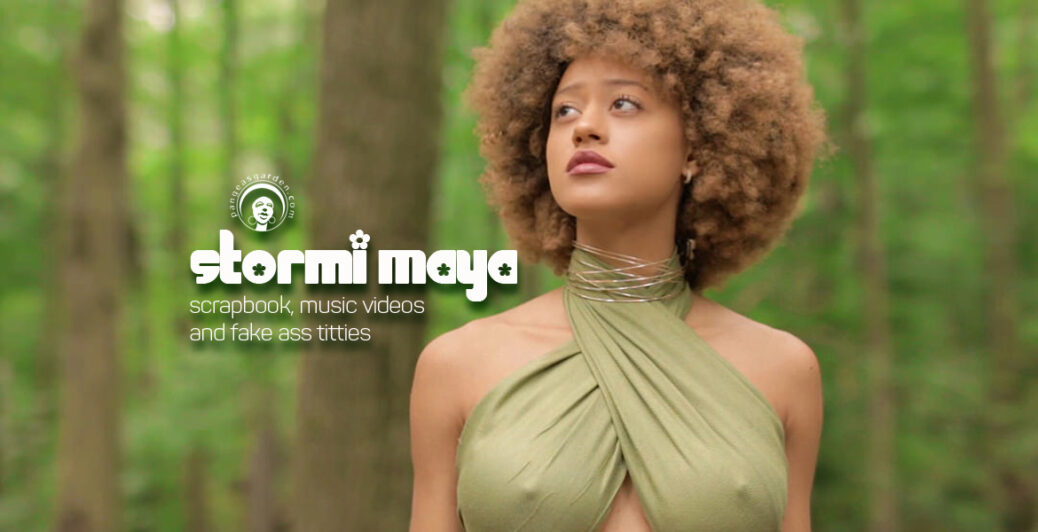 An obscure image of an afro chick, built like a black Barbie with ‘fake ass titties’ came across Pangea’s Twitter; one of the Afrosensuals* that we follow shared the image stating that she was saving up to get a set like the woman in the picture. She didn’t say who it was and it piqued our curiosity: Stormi Maya.

We found her official bio.

Stormi Maya started her modeling career at age 16, working for multiple lingerie and clothing companies in the U.S and international. She then worked for Playboy as a playboy model for two years. She transitioned to being a professional stage actress in 2015, performing in theater shows around New York City. Shortly after she added film and tv acting to her resume and begun working with acting’s agencies and getting booked for television shows like Spike Lee’s “She’s Gotta Have It “, The Last OG, Younger and starring in multiple indie feature films (Playing with Dolls: Havoc, Death Kiss, 2050, The Price for Silence, Terrortory 2, The Wishing Forest, It Hungers etc) 2050 comes out in select theaters February 14 2019, starring Dean Cain. Stormi is also a filmmaker (Film director and producer), she produced the films, “It Hungers”, “The Wishing Forest” and “Cattle the Cult”. She is currently promoting the film ‘Hustlers’ that she, also has a role in. 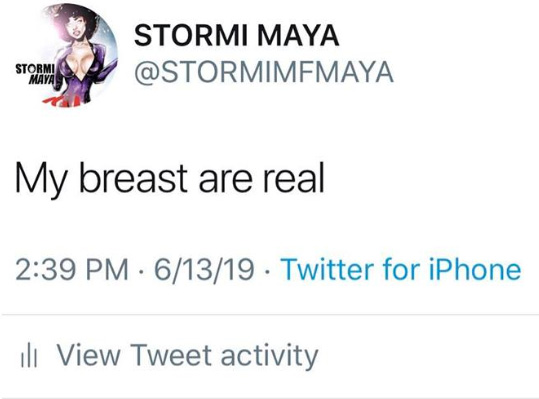 One of her strongest talents is writing which she uses for creating scripts and music. Stormi begun her music career only a few months ago (winter 2018), when she spoke with Megadon (Donald Robinson Cole) and they discussed her potential in the industry. She began writing and creating her sound and her first EP “Body of Work” released January 21st 2019

Along with the fan-style scrapbook collection of images shared in this feature, we’ve, also included a some of her music videos. She is raw and beautifully ratchet in her dropping verses in that are provocative enough to amuse and provoke you. Stormi Maya is definitely beauty with an edge.

One of her videos is called ‘Fake Ass Titties’ and it pokes fun at the slut shaming stereotypes normally associated to those with beauty and curves. Stormi, sarcastically, insisted that hers were real.

And more of her music…

Are we feeling her music? Does it provoke you? How talented do you think Stormi Maya really is? Do you think her puppies are real? And what do you think is next for her?

This is just a glimpse of what we found. As mentioned earlier Stormi’s is in ‘She’s Gotta Have It’ and she plays Angel in the new feature film ‘HUSTLERS’ which dropped at the Toronto Film Festival on September 7 and will be in wide release on Friday, September 13.

To see more of music click on the image below and check out Stormi Maya Music on YouTube. 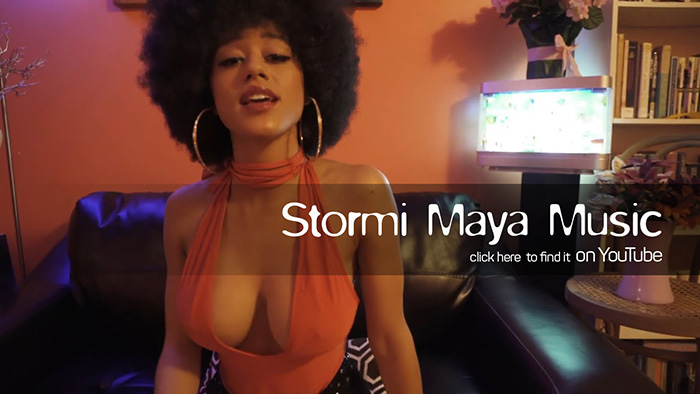 To see more uncensored images of the beautiful sista as well as show her some support click on the image below to check out her Patreon. 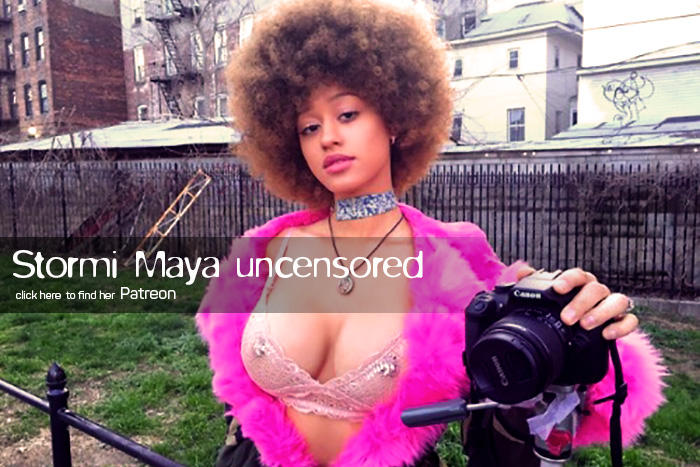