Soundcheck:Mos Def to change his name in 2012 | Music News

The mighty Mos Def is not gonna be Mos Def when the clock hits midnight on January 1st 2012.

Speaking to Peter Rosenberg for MTV2′s Sucker Free programme across the pond, Mos (previous government name Dante Terrell Smith) explained that he will be leaving his current moniker behind in exchange for the name“Yasiin,” which is apparently his real first name. It’s all a bit confusing, and unfortunately I cannot see the video interview because MTV US obviously hate their British cousins, but the good peoples at Hip Hop DX included a brief transcript of what he had to say: 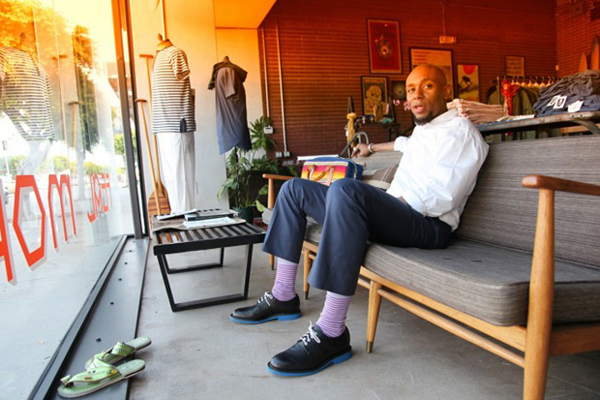 “I’m retiring the Mos Def name after 2011. I’m actually doing it. Yasiin. Mos Def is a name that I built and cultivated over the years, it’s a name that the streets taught me, a figure of speech that was given to me by the culture and by my environment, and I feel I’ve done quite a bit with that name and it’s time to expand and move on. Also, I didn’t want to have to deal with having any moniker or separation between the self that I see and know myself as.”

As long as he’s not hanging up the microphone, he can call himself Santa Claus for all I care.

All those outside the UK can watch the interview here.

What do you think about this? Is it a publicity stunt or something deeper?