Gadhafi is dead. Is there potential for an ‘African Spring’?

Home Blog 2011 October 21 Gadhafi is dead. Is there potential for an ‘African Spring’? 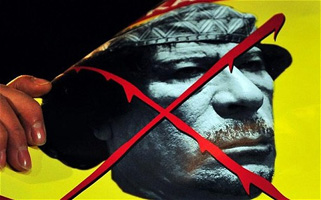 One is Colonel Muammar Gadhafi — his face bloody, his shirt undone, his life over. After several weeks of silence, a grainy image has emerged which appears to show the corpse of the former dictator. Its release is a significant moment — it underlines the undignified end of Gadhafi’s years of terror, but it might also signal the end of the apparently unceasing momentum of a liberation movement that has swept across parts of Africa.

theGrio: Does Gadhafi’s fall spell doom for the Nation of Islam? 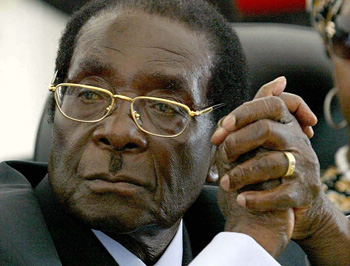 But how different the situation is in the south of the continent, where Gadhafi’s good friend, Zimbabwe President Robert Mugabe, is himself rarely seen. Earlier this month, some images did emerge showing the Zimbabwean strongman embracing a delegation of foreign clergymen visiting the country. He tightly clasped their hands as he welcomed them into Harare’s State House. He smiled and confidently lectured his guests, without a fear in the world. Some observers said that he looked surprisingly strong — politically and physically.

Perhaps rumors that he had become extremely frail might have been a little over-exaggerated — just like those predictions that his fall from office was an inevitable consequence of the collapse of regimes elsewhere.

Despite the similarities in the circumstances of the people of both countries, why have the consequences of mass frustration in Libya and Zimbabwe been so different? Why hasn’t the Arab Spring spread down the Nile?

In Zimbabwe, Mugabe has been able to rely on the relative obedience of the population. Unlike in Tunisia, Libya and Egypt, people have yet to overcome their fear of the regime in significant enough numbers. Having seen the uprisings of the Arab Spring, the authorities have clamped down on some small protest meetings, maintaining their grip on society. A significant minority of people appear to believe the ruling party when it says that their true enemy is not President Mugabe but the western nations — particularly the old colonial power, Britain. Two demonstrators were killed and hundreds wounded in May as Ugandan forces cracked down on a popular protest against the country’s authoritarian president and rising food and fuel prices.

In Uganda, the willingness of leaders to crush their opponents is reminiscent of the fallen regimes of the north. Here, the issue causing most concern is the rising costs of fuel and food. But, as in Zimbabwe, large protests have been contained by fears of a violent crackdown. Simmering tensions have been prevented from boiling over.

In many sub-Saharan countries, authoritarian regimes know how to appease their people — sometimes a whiff of democracy is enough. In Zimbabwe, for example, elections are scheduled for next year, although many doubt that they will be free and fair.

But even in South Africa, one of the world’s most constitutionally liberal democracies, protests about poor government services have led to violent protests in impoverished townships.

Fueled by perceived state corruption, many are growing frustrated by the failure of the authorities to solve the massive inequalities which became entrenched during the apartheid years. But dissatisfaction appears to be nowhere near a ‘trigger point’ for massive social unrest. The poorest parts of society may only be able to dream of wealth, but democracy is a reality.

Over in tiny Swaziland, a country with a population of little more than 1 million, protests against Africa’s final monarch have brought thousands of people onto the streets. But for many people, democracy is not yet worth the risk of likely detention. In a country as small as this one, there are few places to hide.

There, like in most of these southern African nations, protest groups are less organized and more politicized than they are in the north of the continent. Many of these societies have yet to develop the capacity to mobilize its people like the emerging democracies of the north have. Today the natural force of mass liberation movements needs help from the man-made force of technology to achieve revolution. In African countries, except South Africa, Twitter and other social media sites are not yet the mobilizing platforms that they proved to be in Egypt and elsewhere.

And nowadays, as we have seen, even the natural force of mass liberation movements needs help from the man-made force of technology to achieve revolution. In all of these countries, except South Africa, Twitter and other social media sites are not yet the mobilizing platforms that they proved to be in Egypt and elsewhere. Of course, it takes much more than a Facebook page to create an uprising, but for protest leaders in Uganda, it means that they have one tool fewer in the pursuit of their objective.

Despite the similarities between many African countries, in the north and in the south, it is too easy to generalize about the problems that their people face, and the likely consequences. Perhaps it was that approach — that assumption that all of Africa is pretty much the same — that led to the widespread belief that dictators all over the continent would be marched out of their palaces after uprisings in neighboring countries. Zimbabwe is not Libya. Uganda is not Egypt.

That is not to say that revolutions won’t come, perhaps later rather than sooner. But for now, an African Spring to match the Arab Spring seems unlikely. After the hysteria of the past few months, it is easy to forget that people have protested against authoritarianism for centuries. And although demonstration has often ended with a fallen dictator, dictatorship itself has endured.