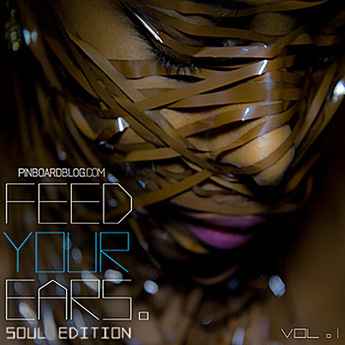 Bag Lady… You gon’ hurt yo back… Draggin all them songs like that. Fine! I guess I’ll share the audio love. Here is a random mishmash of randomness from my archives. Just follow me on this journey.

First up: Reggie B, “The Kingdom.” This was on PinBoard Blog’s “FreEP,” Feed Your Ears, Vol. 1, and it is a certified banger. Reggie B is a St. Louis funkster whose music mixes raw honesty with funky grooves. Listen to him shake the devil off his back, and shake yo’ ass in the process.

Reggie’s got quite a few albums out, so be sure to look into his catalogue.

Now, you may or may not have heard R&B singer Miguel’s latest hit, “Adorn.” It’s been out for a little while now, and it still knocks. It’s a part of his Art Dealer Chic series, a collection of free EPs leading up to his sophomore release. I think Miguel’s one of the hottest R&B artists out right now, and he’s poised to make his mark on the industry. Sometimes, we earthy folk don’t want to give mainstream artists their due. Let’s not front on Miguel, though. Watch the video for “Adorn” below.

If you’ve got Ceelo’s latest album, then you’re familiar with the song “Love Gun.”But did you know it was actually supposed to be the lead single off of Melody Thornton’s (Black girl from the Pussycat Dolls) solo project? I love me Carlito (from a couple days ago — 10 points for those who get the reference), but this version is superior, in my opinion. Melody’s got some serious pipes, and they’re on full display here.