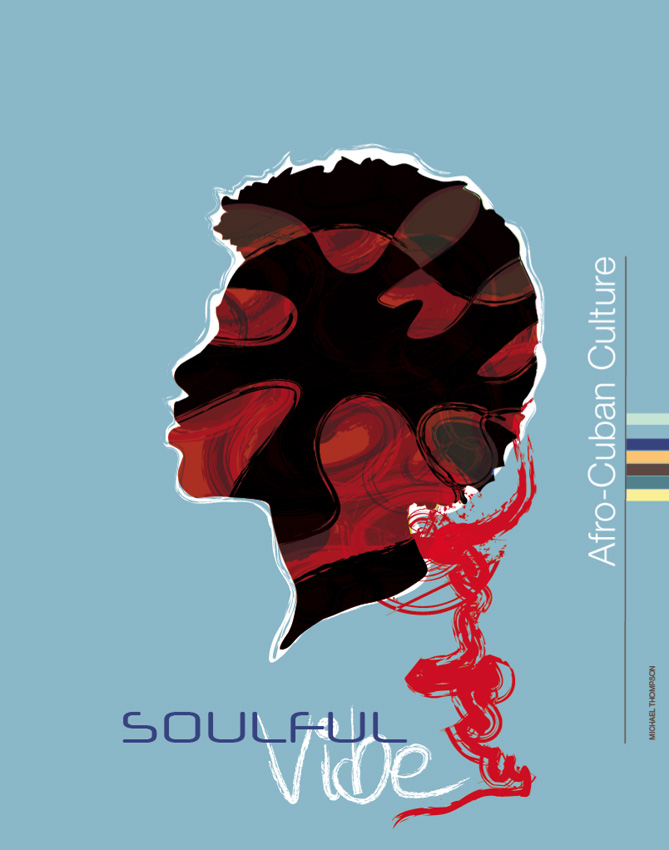 Michael Thompson’s colors are rich and vibrant; a tasty buffet of design for your eyes. Its worth a look but that not what stops you. There’s always a story in the design, elevating it to the highest forms of art. Its a 21st century Afrocentric aesthestic that provokes, entertains and inspires. It stops you because it takes you to a place that you haven’t been. Yet

Michael says, “I use design as a visual language to educate, to fight injustice, and also a way to ignite conversation. This collection include poster designs that expose Jamaican cultural exports; which is Reggae and Rocksteady, Ska, As you will see I also focus on current world issues that needs attention. I try to design my posters to be combative in message but in simple modern minimalist style. In the future I hope to add more designs broader global issues such as the Environment, child soldiers and Healthcare.” 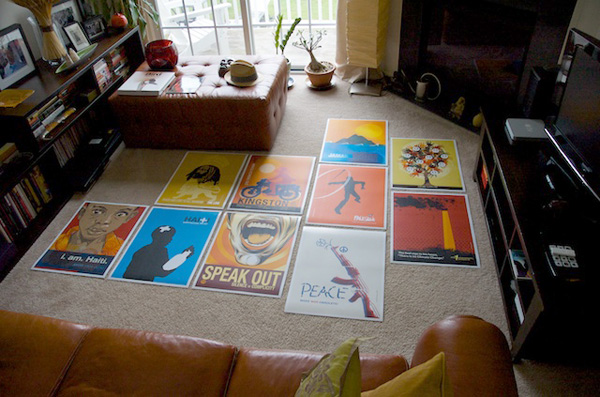 “These are some of my 18×24 poster prints which I have had produced. I am very please by the way the prints turned out. I have many more to make.” -Michael Thompson

I chanced upon Thompson’s Flickr account where he goes by the name “freestyle.” And while his most recent works are mostly conscious-raising poster art & design, his photography and art are there as well. So believe me when I say the work here barely touches the surface of this accomplished creative.

Based in Easton PA (a city situated midway between New York and Philadelphia) Michael seeks “to make a difference with art and to bring awareness to the many social issues affecting large section of our planet.” His talents have attracted clients such as CITI, Verizon, Time Warner Cable and the National Urban League. And his posters are available for use in solidarity projects and for individual purchase. He is, indeed, a bright modern Griot in these interesting times.

I’ve included a small sampling of his works here. Many of them include excerpts from “freestyle’s” own thoughts in the creation of the works. Its hard, once you see these images, not to want to delve into their deeper truths. Check them out for yourself.

And remember, this is only a taste of what Michael Thompson has accomplished creatively. To see more check out his Flickr page or go to his website. And you be the judge. Come back here and let us know if you thought they were worth the look.