an excerpt… “How to Build A People’s Army”

EXCERPT “How to Build A People’s Army” by Kalonji Changa (www.ftpmovement.ning.com):

Everything that exists within the universe has an order and anything that doesn’t have an order is chaotic. Whether we are dealing with reproduction, how we breathe, how we eat or how we walk, there is an order as to how things work. Taking on the task of being a community organizer, a freedom fighter, a revolutionary or what have you is no different. You must organize yourself, your immediate family, your extended family and then the masses. You start with your house, your community, your city and on from there. At times it could be a very difficult task but with practice comes growth… 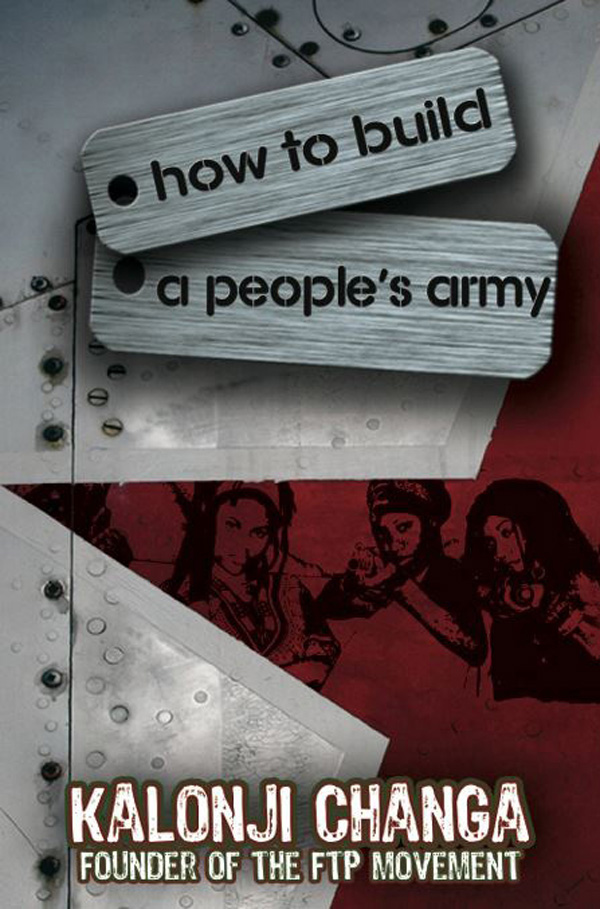 The family [becomes an] extended family, a family beyond an individual’s lineage or household. The family is camaraderie on a higher level even beyond your basic comrades. The family is revolution without having to say revolution. It exists and to some extent moves in a stealth like manner. It is the type of organization that does not have a name or at least it doesn’t have a name that is broadcast to the masses… We call that the “family ties principle”… the taking of the concept of family and bringing into fruition a close knit, clandestine cadre made of members that build together. The family bonds together mentally, spiritually, physically and economically.

A few ways to strengthen the family ties principle:

Remember that a family that lives together, trains together, studies together and plays together, will better function together. Peace to all those who do good! 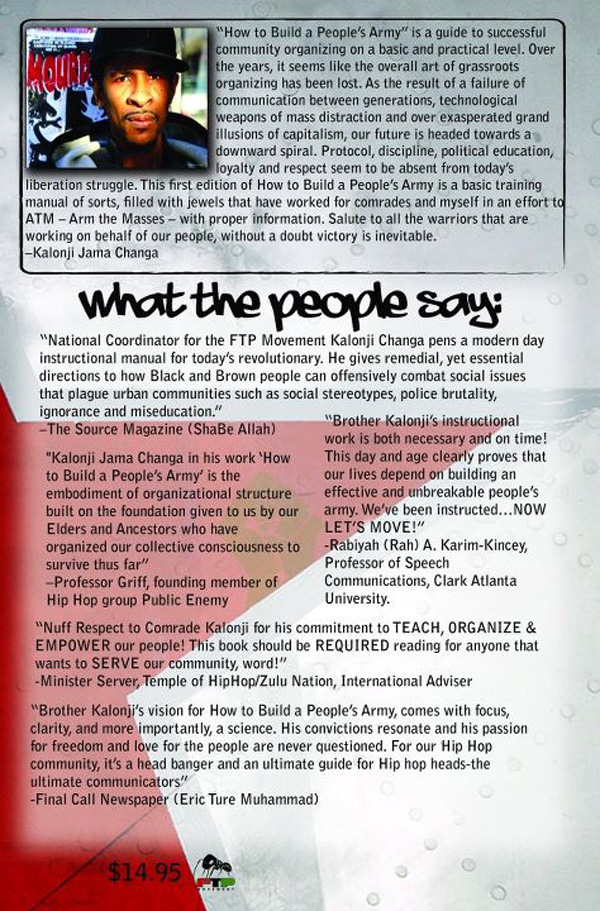 “How to Build A People’s Army” by Kalonji Changa can be purchased at http://ftpmovement.ning.com/