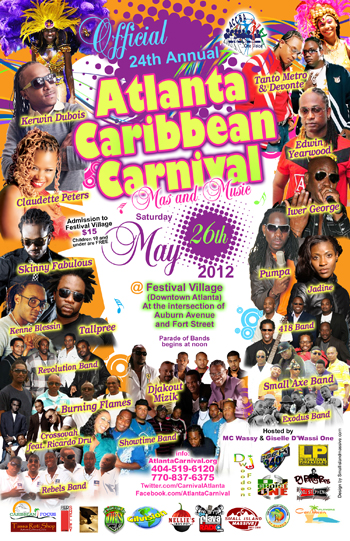 The concept of the Caribbean Carnival began hundreds years ago as a costume festival of Italian Catholics right before the first day of Lent. At this time Catholics were not supposed to eat meat during Lent, this festival was called carnevale – which means “to put away the meat.” As years passed, carnivals in Italy became quite popular and the celebrations spread to France, Spain, and all the Catholic countries in Europe. Then as the French, Spanish, and Portuguese began to take control of the Americas and other parts of the world, they brought with them their tradition of celebrating carnival. 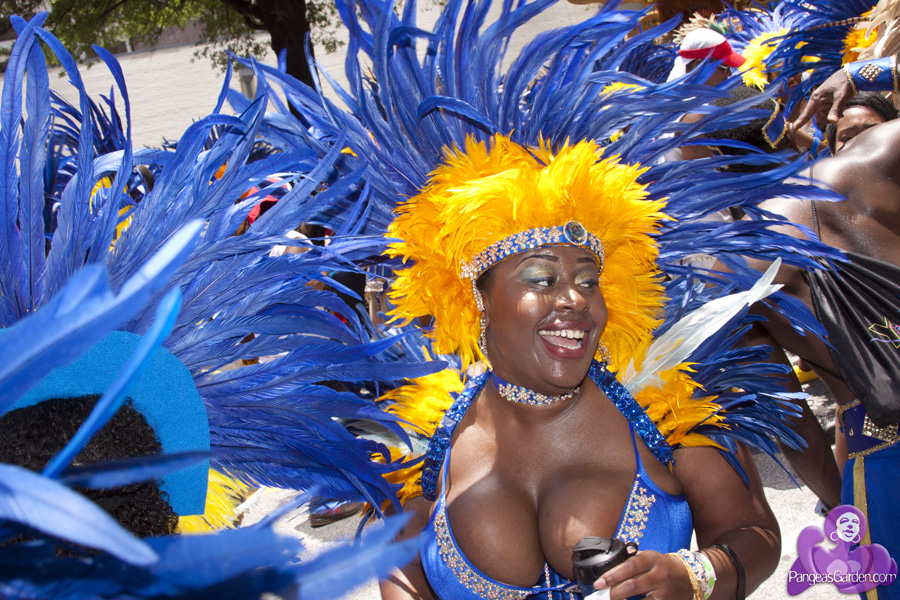 By the early 19th century, some six million slaves had been brought to the Caribbean. Between 1836 and 1917, indentured workers from Europe, west and central Africa, southern China, and India were brought to the Caribbean as laborers. An important part of Caribbean festivals are the ancient African tradition of parading through villages in costumes and masks. This was believed to bring good fortune, to heal problems, and chill out angry relatives who had died and passed on. Carnival traditions also borrow from the African tradition of putting together natural objects like bones, grasses, beads, shells, fabric to create a mask or costume. 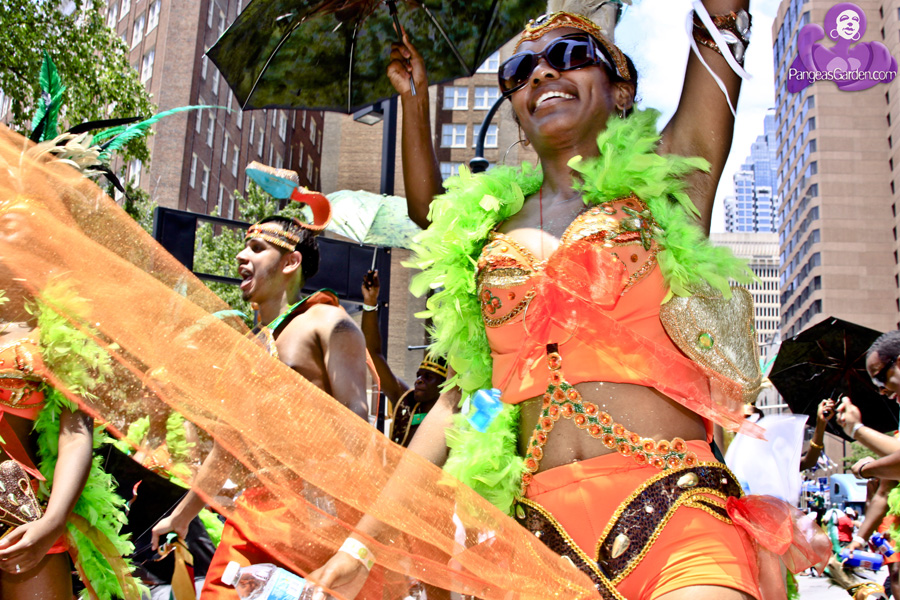 Feathers were frequently used by Africans on masks and headdresses as a symbol of our ability as humans to rise above pains, heartbreaks, illnesses, and problems. Today, we see feathers used in many ways in creating carnival costumes. African dance and music traditions transformed the early carnival celebrations in the Americas, as African drum rhythms, large puppets, stick fighters, and stilt dancers began to make their appearances in the carnival festivities.

This year’s festival was even more exciting than ever. The MAS BANDS put on an extraordinary show. The crowd was lively and raucous. The Parade of Bands and the performances at the Festival Village took the Atlanta Carnival to the next level making the event a huge success.