Pangea Soundcheck: Mereba – The Jungle Is The Only Way Out

Home Blog 2019 March 24 Pangea Soundcheck: Mereba – The Jungle Is The Only Way Out

Mereba is a multifaceted artist with the life story of a rolling stone. Her unique blend of r&b, folk, and hip hop makes space for a new voice found in this wise young storyteller. 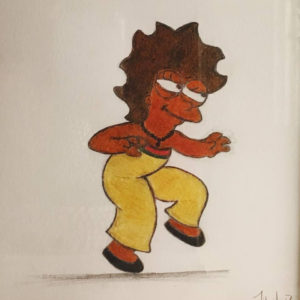 “Mereba is everything I hoped she would be. Her style , her darkness her candid creativity . It like Lisa Simpson mixed with Riley Freeman from the boondocks.” – Reign Morton

“Finally an rnb artist that gives us story in their projects.” – Dominique Ballou

“shedding tears.. like an awakening, like a rebirth. soul cries… really needed this. you’re a healer thru your music. it is so beautiful to watch, to feel.. we love you Mereba <3” – Frankie Jones

A Los Angeles-based singer, songwriter, and producer who also raps and plays guitar, Marian Mereba, known as simply Mereba, got her start with a series of folk-soul hybrid releases including Room for Living EP (2013), and has since recorded for major-label Interscope, beginning with the left-of-center contemporary R&B single “Black Truck” (2018), produced by 9th Wonder.

Marian Mereba grew up in Philadelphia, where she began writing and singing at a young age and eventually started playing piano and guitar. During her early teens, she moved to Greensboro, North Carolina, and after high school headed farther south to Atlanta, Georgia, where she attended and graduated from Spelman College. She also spent the better part of a year in her father’s native Ethiopia.

Mereba made her proper debut in 2013 with the self-released Room for Living EP, an alternately spacy and rustic set on which she accompanied herself on guitar. A short-term affiliation with the independent Red Kotton label resulted in the 2014 singles “September” and “Radio Flyer,” both of which reappeared three years later on Kotton House, Vol. 1, an EP that also contained a Doug E. Fresh collaboration entitled “Living on a Dream.” In 2018, Mereba released her first singles for major-label Interscope. A 9th Wonder collaboration titled “Black Truck” marked her debut that February and was followed within seven months by “Planet U,” on which she worked with Ayo Olatunji and Sam Hoffman.