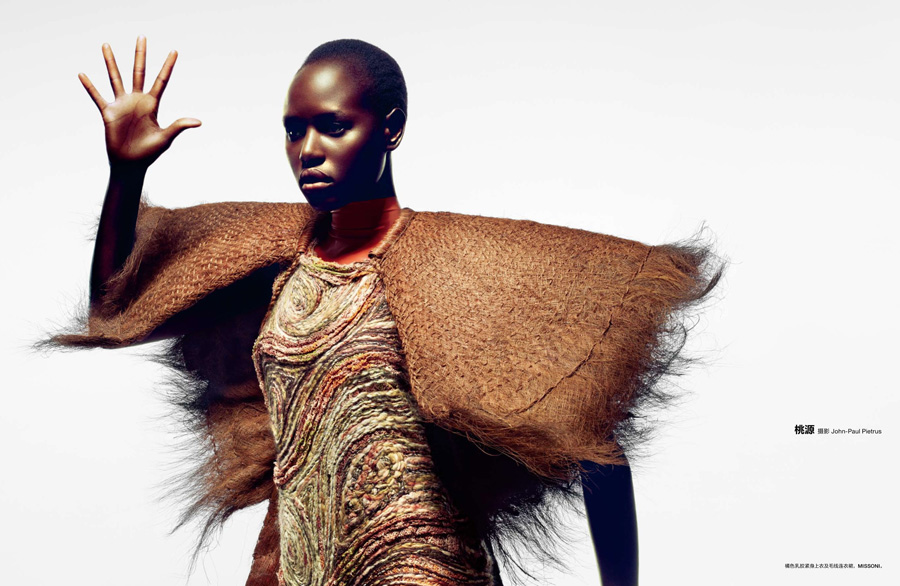 Sundanese model, Ajak Deng, was photographed by British photographer John-Paul Pietrus for Numéro China’s November 2012 issue. Numero magazine analyses in a sharp and international way all fields of creativity and culture : Fashion, beauty, living places, architecture, design in order to detect tomorrow’s great trends, glamour stock, figures who will become icons. NUMERO likes to think as a precursor. Numéro is an international fashion magazine published by the Groupe Alain Ayache. In September 2010, the Numéro China magazine was launched as the third international edition for the market in China. 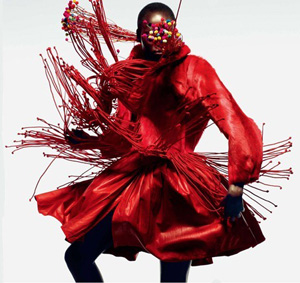 Ajak Deng was one of the breakout stars of the SS10 Paris shows, booking Chloe, Givenchy, Jean Paul Gaultier, and Lanvin. An array of editorials has followed — most notably, Interview with Mikael Jansson and V with Amy Troost. Look out for Ajak in the upcoming Fall 2010 Topshop campaign shot by Josh Olins. Born in the Sudan, Ajak now calls Melbourne, Australia home. The blog, Fashion Fixxation, featured Ajak in an inspiring editorial which can be seen at Ajak Deng, A True Inspiration.