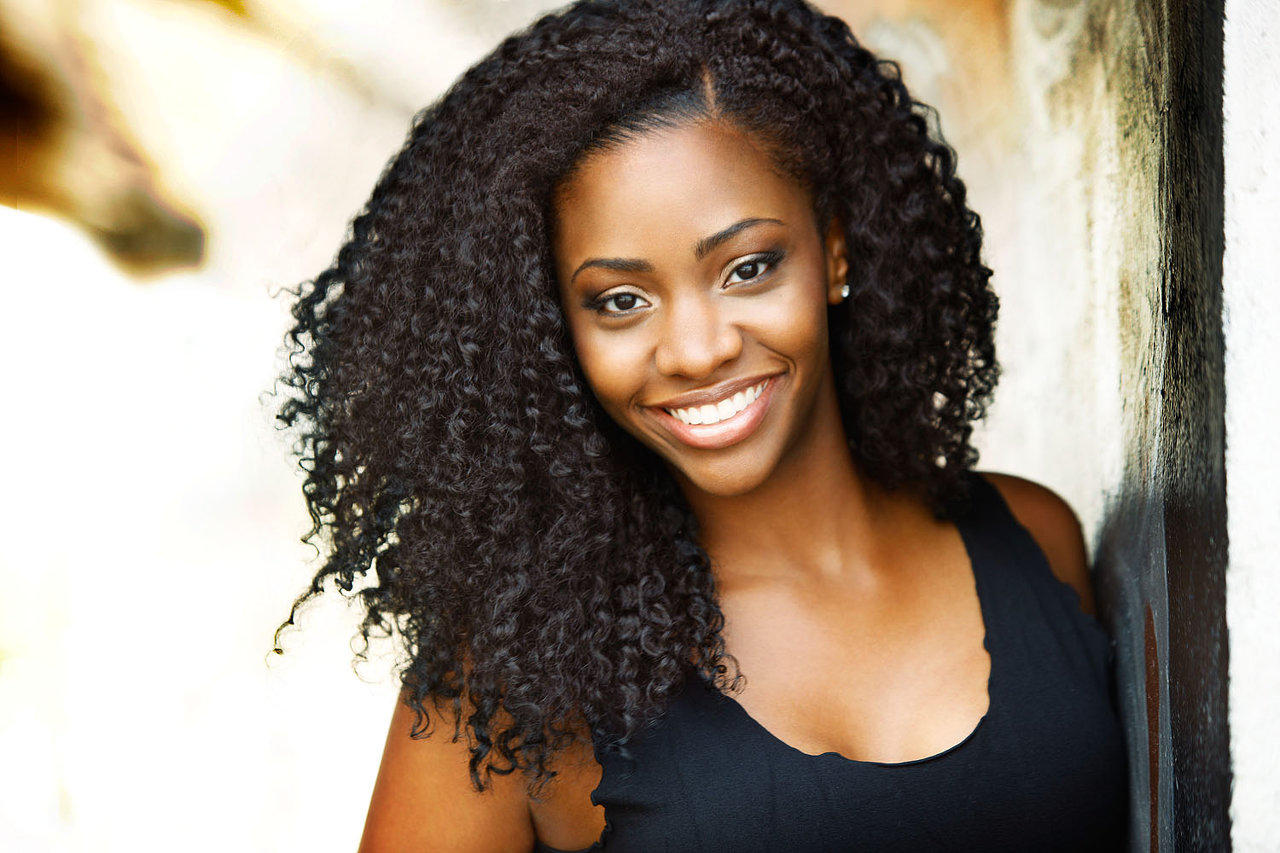 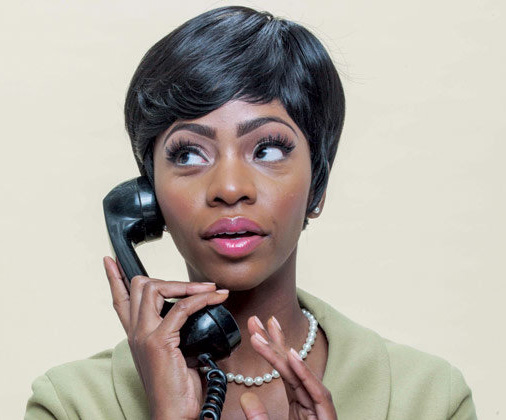 Teyonah, initially, came to our attention with her appearance on Mad Men. Sporting a ’60’s style wig and secretarial attire, she joined the staff as the first African-American  hired by the fictional ad agency Sterling Cooper Draper Price.  Her character’s role broadened the perspective of the, until then, myopic view of culture and society of the ’60’s. 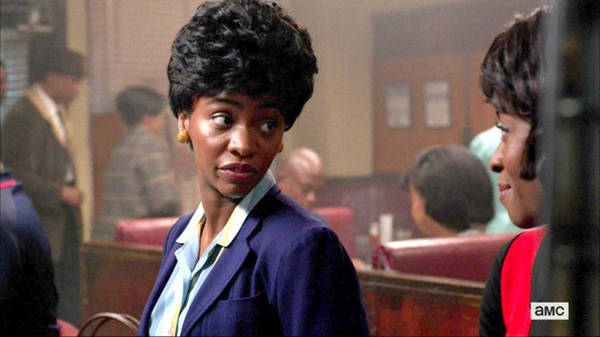 But it was at the season launch parties for the show where she stood out. Sporting afrocentric fashions and a huge afro, the young thespian stood out amongst her fellow talents, outshining them all. The up-and-coming actress’ career has yet to tame her pride in the culture that has cultivated her beauty. 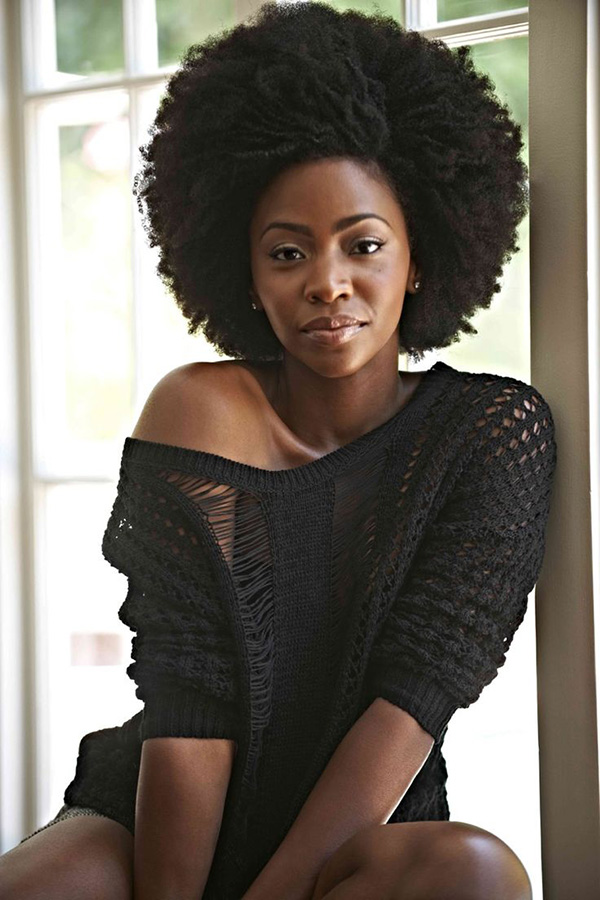 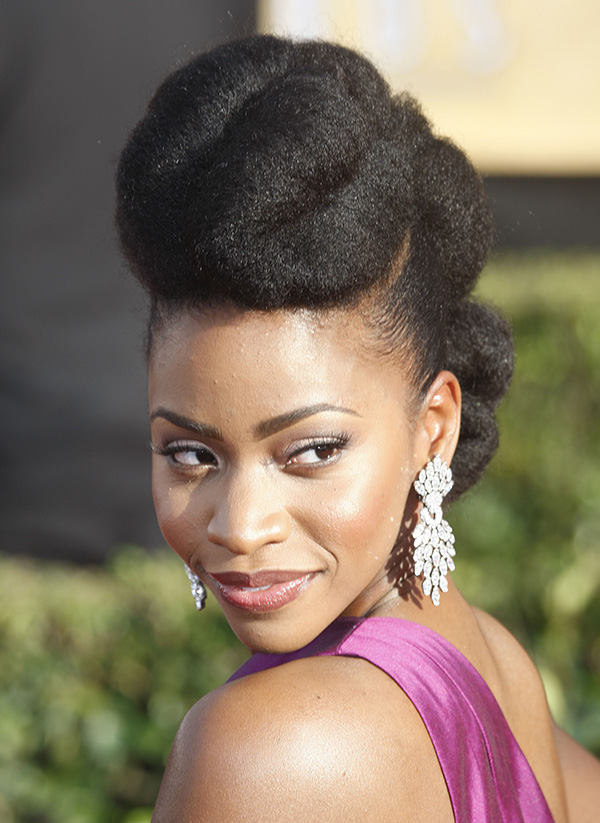 We were all introduced to Ms. Parris in 2010. The  year marked two debut performances for her: the Great White Way and the Silver Screen.  Teyonah shared the stage at Lincoln Center with Jeffrey Wright and Mos Def in Broadway’s new show, A FREE MAN OF COLOR. She also celebrated the  release of her first feature film, Columbia Pictures romantic comedy, HOW DO YOU KNOW, starring Reese Witherspoon, Jack Nicholson, Owen Wilson and Paul Rudd (dir. James L. Brooks). 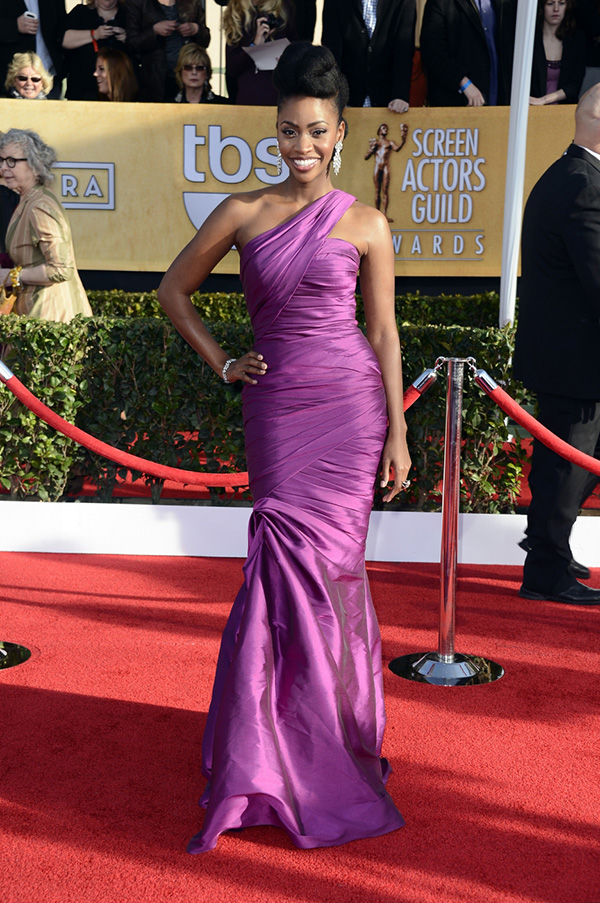 She’s the middle child and only girl, a self-proclaimed tomboy and beauty queen, always thrives on being unique and never adhering to stereotypes. She started her journey in front of audiences by participating in pageants and modeling. Career credits include a guest spot in CBS THE GOOD WIFE, and the dramatic short, EMPIRE CORNER. As a graduate of the prestigious Juilliard School in New York City, Ms. Parris has already worked with such notable names as Jeffrey Wright, Julianna Margulies, Josh Charles, Reese Witherspoon, among others. She has also trained under distinguished professors, Richard Feldman and Wendy Waterman.

Currently, Teyonah is working DEAR WHITE PEOPLE which is a satire that follows the stories of four black students at an Ivy League college where a riot breaks out over a popular “African American” themed party thrown by white students. With tongue planted firmly in cheek, the film will explore racial identity in “post-racial” America while weaving a universal story of forging one’s unique path in the world. It’s an intriguing production that we will do a follow-up on in the near future. 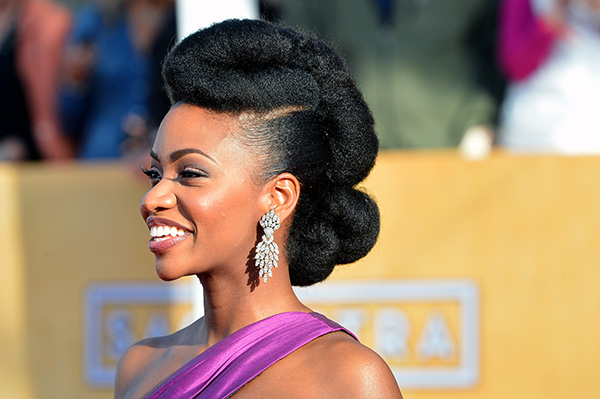 When she is not acting, Teyonah supports causes close to her heart, such as embracing your natural beauty, empowering our youth, and raising HIV/AIDS awareness. Ms. Parris also recently took part in the Designers Against Aids, photo shoot for World Aids Day.