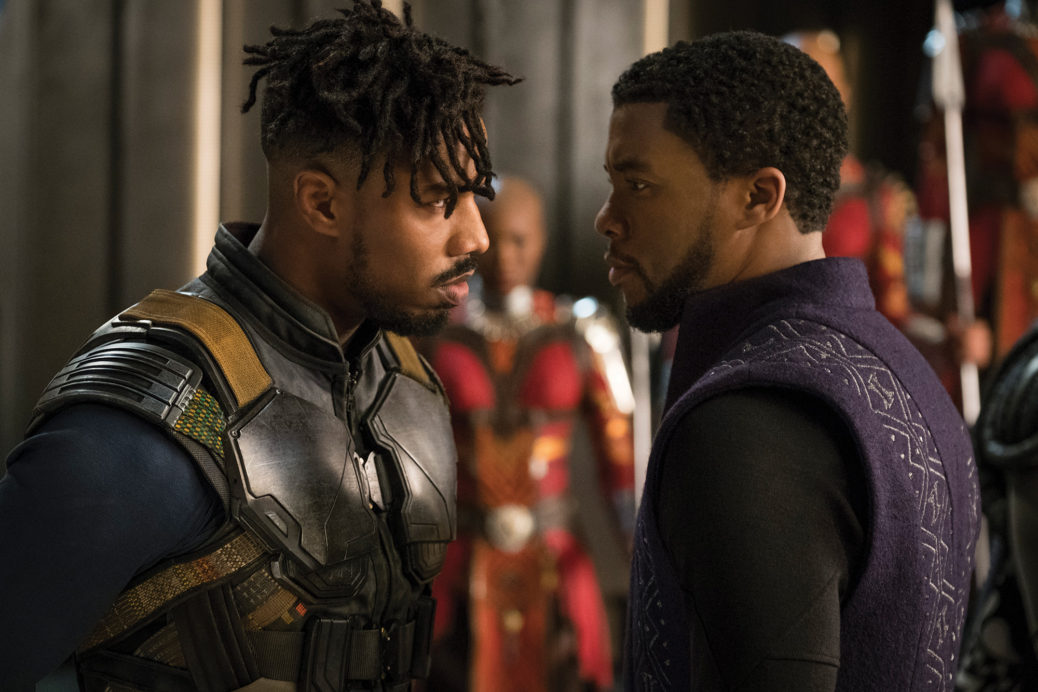 By Martel Sharpe | The Atlanta Voice

Surprisingly, the year 2018 provided a diverse catalog of films, particularly for Black actors and audiences. “Black Panther” set the tone for the entire year, allowing other films with a majority Black cast or lead characters to come forward and be successful.  Not only were Black actors and films well represented, but they were given roles outside of the norm. The year will be known as the year of equal representation in film, across all genres. 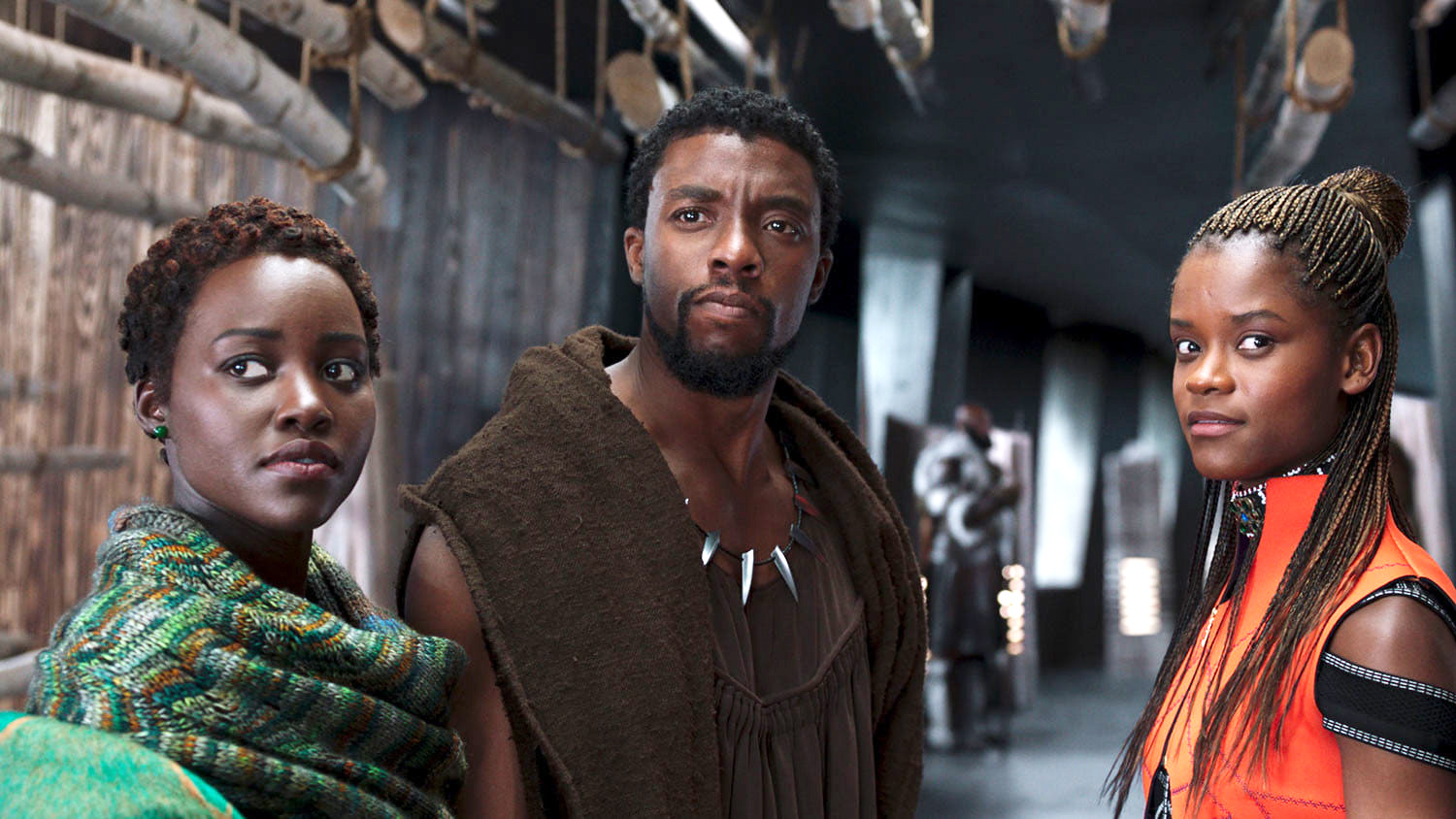 (RT: 97%) – Rated PG13-ATL
“Black Panther” is undeniably the most successful and popular film of 2018. For at least two years, fans waited patiently as the film dropped announcements here and there about its production. As premiere day approached, the excitement for “Black Panther” created a major wave of influence to incorporate families, popular culture, the African American community, and Atlanta; where part of the film’s scenes was shot. The cast of predominately Black actors held stars like Forest Whitaker, Angela Bassett, Luptia Nyong’o, Chadwick Boseman, and Michael B. Jordan. 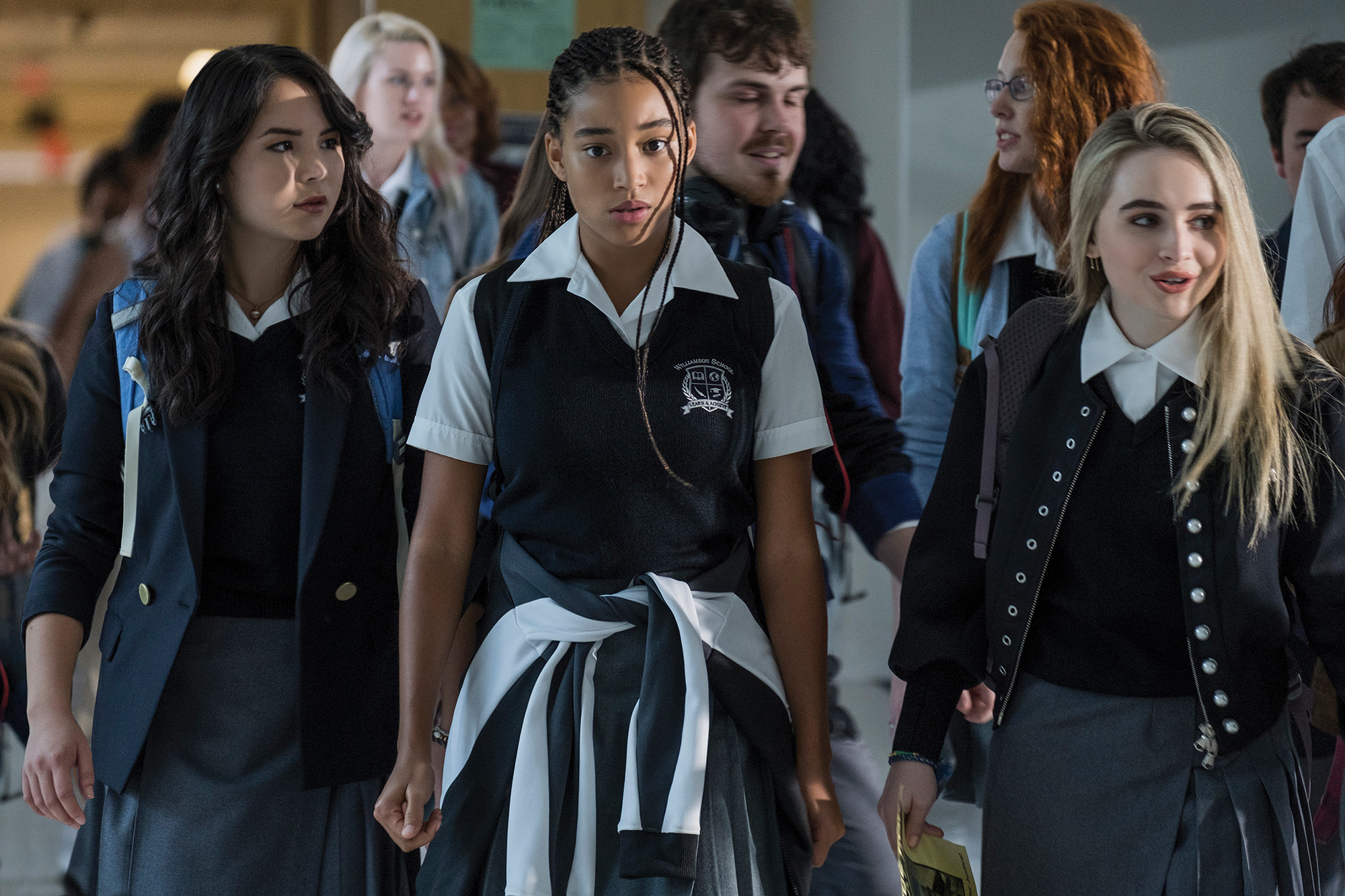 “The Hate U Give”

(RT: 97%) – Rated PG-13- ATL
Lending itself to a lot of the common issues that are present in today’s American society, “The Hate U Give” takes on a host of socio-political issues and centers them around one 16-year-old girl. Everything starts with a classic case of “wrong place wrong time” and driving while young and black. This film deals with race issues, police brutality, gang violence, and a broken criminal justice system.

“Spider-man Into The Spider-verse”

(RT: 97%) – Rated PG
Spiderman fans received more versions of Spiderman than they could handle when this film was released.  While newcomer Miles Morales is the main Spiderman in this film, he still hasn’t gotten the hang of his powers. Miles needs the help of Spiderman variations from alternate universes to save the day, but he later realizes that there are many more surprises in store for him. 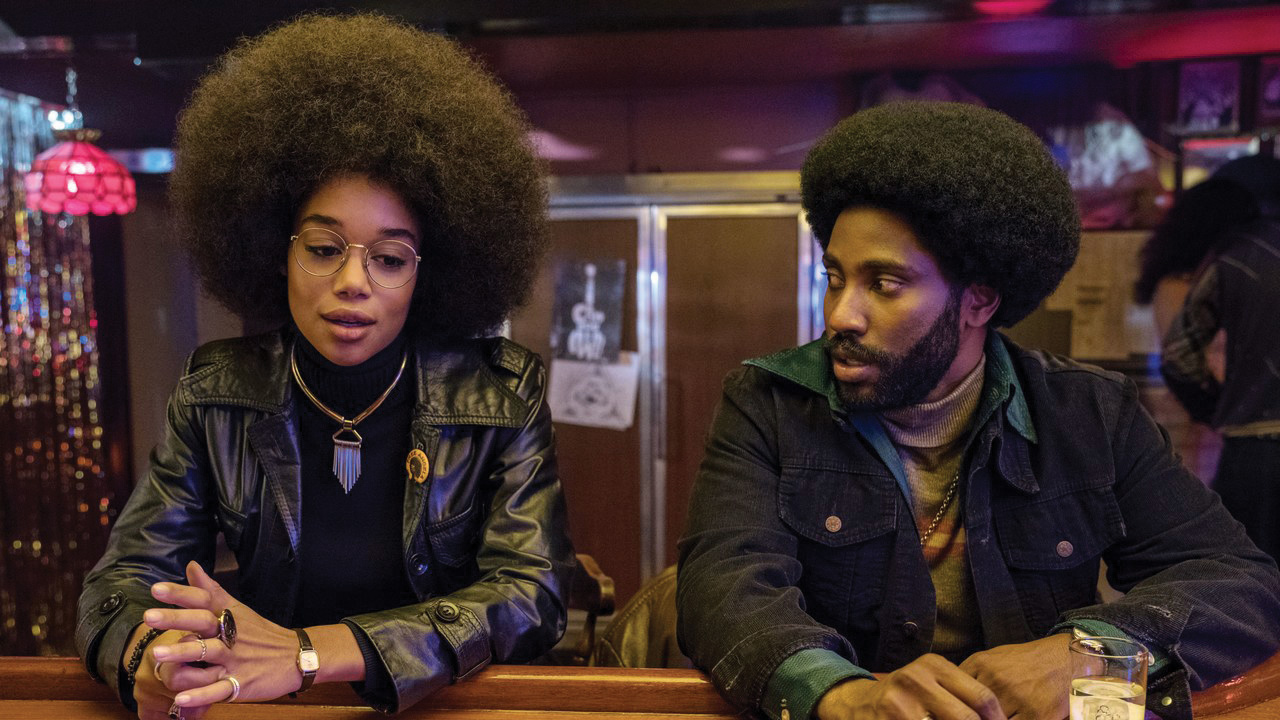 (RT: 95%) – Rated R
Only Spike Lee can take the true story of Ron Stallworth and turn it into a biographical-comedy.  The film is based on the 2014 memoir of Ron Stallworth, a retired police officer who served in Colorado Springs, Colorado. Back in the 1970s, Stallworth was able to infiltrate the Ku Klux Klan through an advertisement in the newspaper. He goes on to gain membership, collect intel on their activities, and have regular conversations with the Grand Wizard. 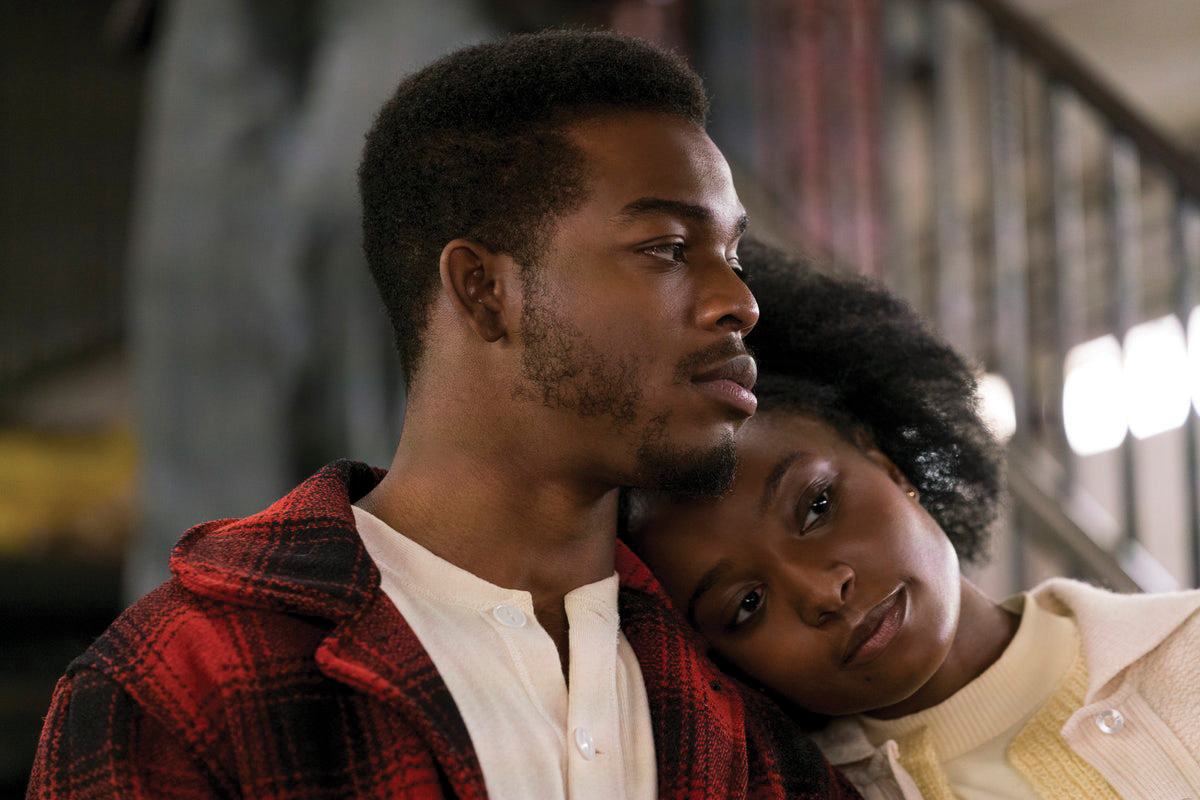 “If Beale Street Could Talk”

(RT: 94%) – Rated R
A film adaptation James Baldwin’s fifth novel “If Beale Street Could Talk” follows a Black woman who is determined to clear her husband’s name of rape charges before their baby is born. Being young, in love, and pregnant, the woman leans on the support of her family to find a lawyer and evidence of her husband’s innocence.

“Sorry To Bother You”

(RT: 93%) – Rated R
A rather interesting dark comedy, Lakeith Stanfield, Tessa Thompson, Jermaine Fowler, Omari Hardwick, and Terry Crews, take viewers on a ride as a young man rises professionally in a company that does all the wrong things. While he’s able to make money and gain perks, he sacrifices his relationships along the way; eventually going against everything he stands for. 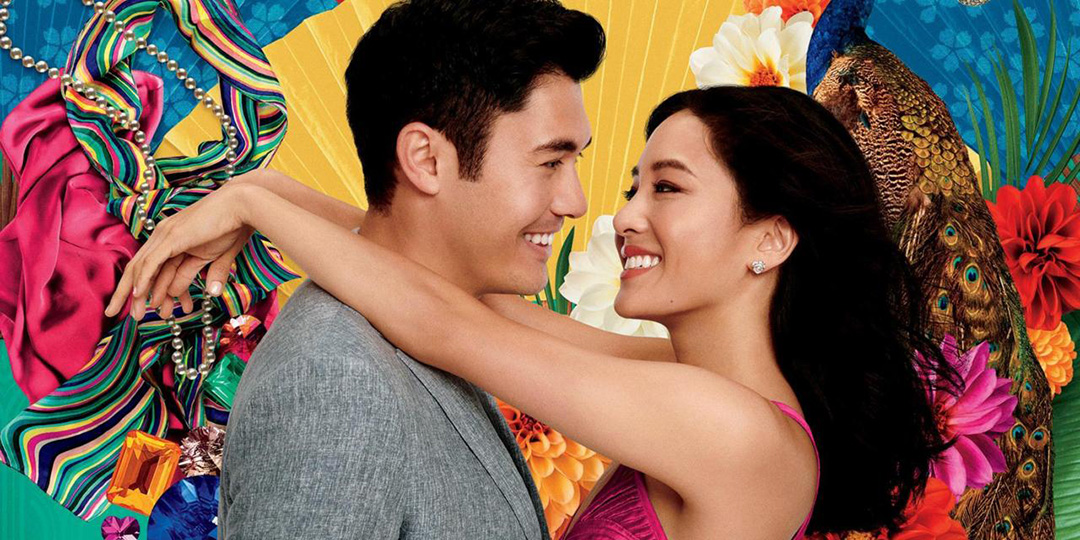 (RT: %) – Rated PG-13
Based on the 2013 novel, “Crazy Rich Asians” follows a couple as they venture into a family wedding in Singapore. It’s the classic tale of the girlfriend meeting her boyfriend’s family for the first time. However, the story gets a little twisted when the boyfriend’s family is crazy and his mother is harder to crack than a stale fortune cookie. 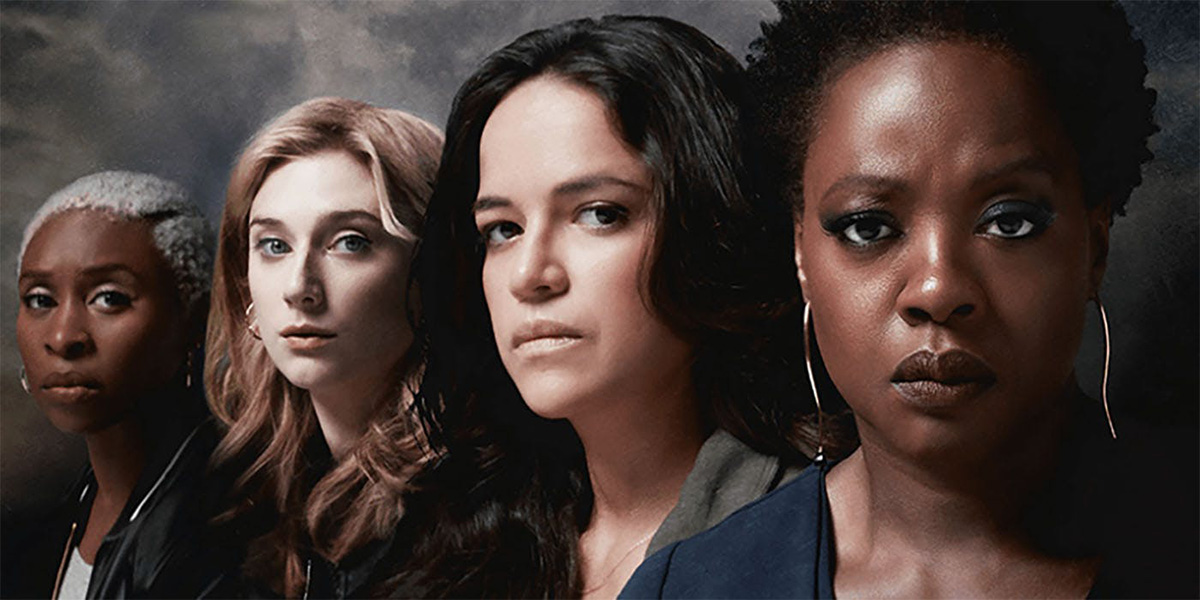 (RT: 90%) – Rated R
Viola Davis leads a dynamic cast, telling the story of three widows who have to commit a heist to cover the debts of their dead criminal husbands. Their husband’s stole $2 million from a crime boss and now he’s putting the squeeze on their surviving wives to receive compensation. 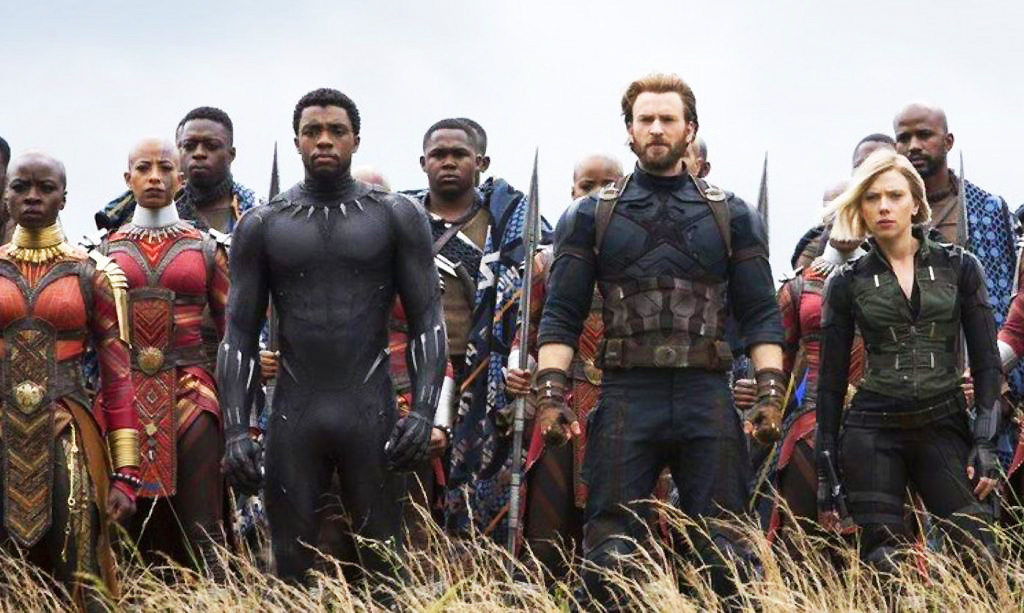 (RT: 84%) -ATL
Another installment in Marvel’s “Avengers” series, this epic film brings together characters from “The Avengers,” “Guardians of the Galaxy,” “Black Panther” and “Doctor Strange,” to take down Thanos.  Packed full of action and serving a buffet of characters, “Avengers Infinity War” is a must-see for fans of Marvel, action-films, and superheroes. 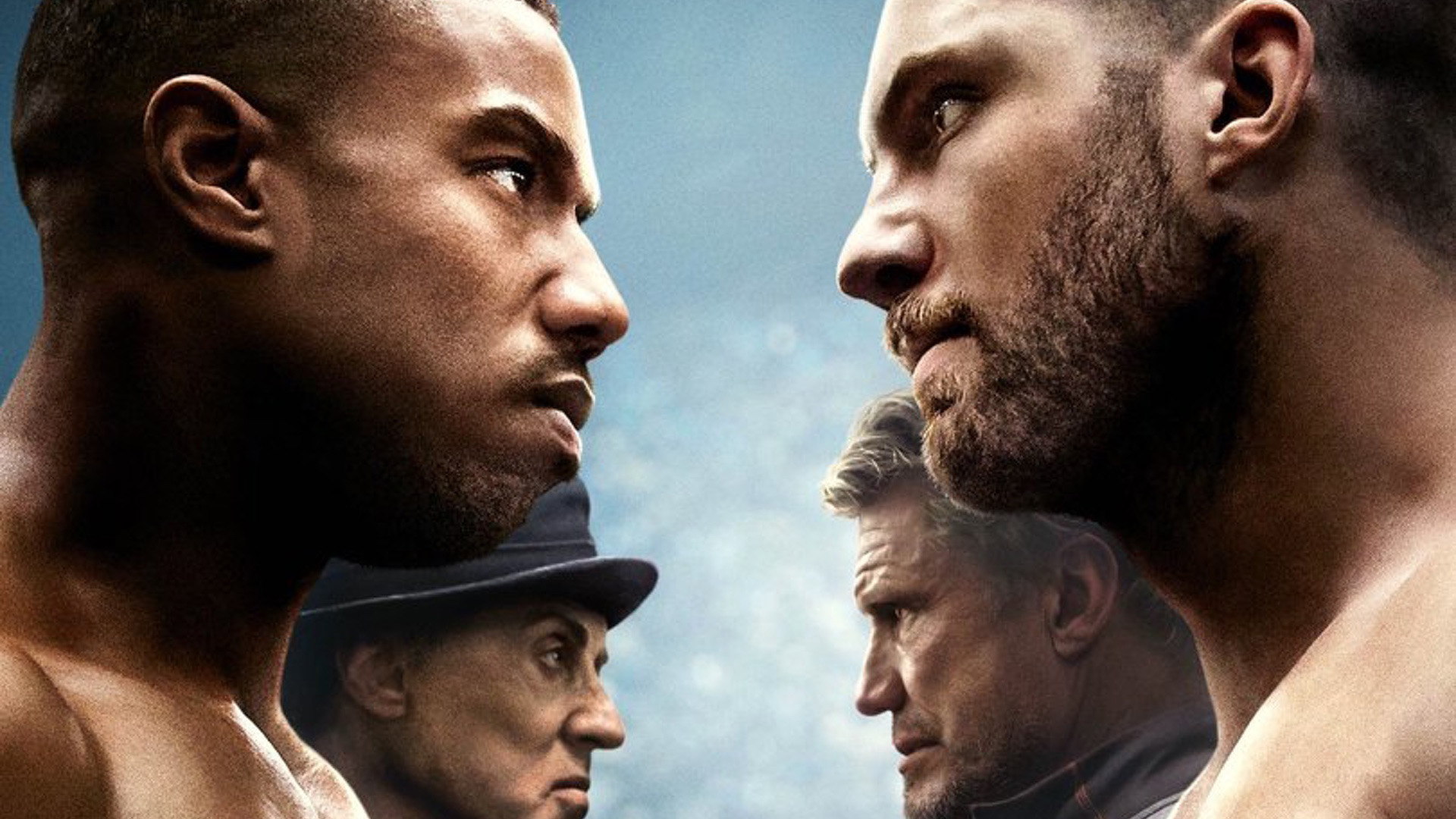 (RT: 83%) – Rated PG-13
After making a big splash in 2018 with his performance in “Black Panther,” Michael B. Jordan comes back with this sequel in the “Creed” saga of the “Rocky” series. Produced by Sylvester Stallone himself, the film picks up three years later after the first, continuing the cycle that was set in motion by Apollo Creed’s death. “Creed II” is a film that contains revenge, redemptions, family, friendship, mentorship, love, and great fight scenes. 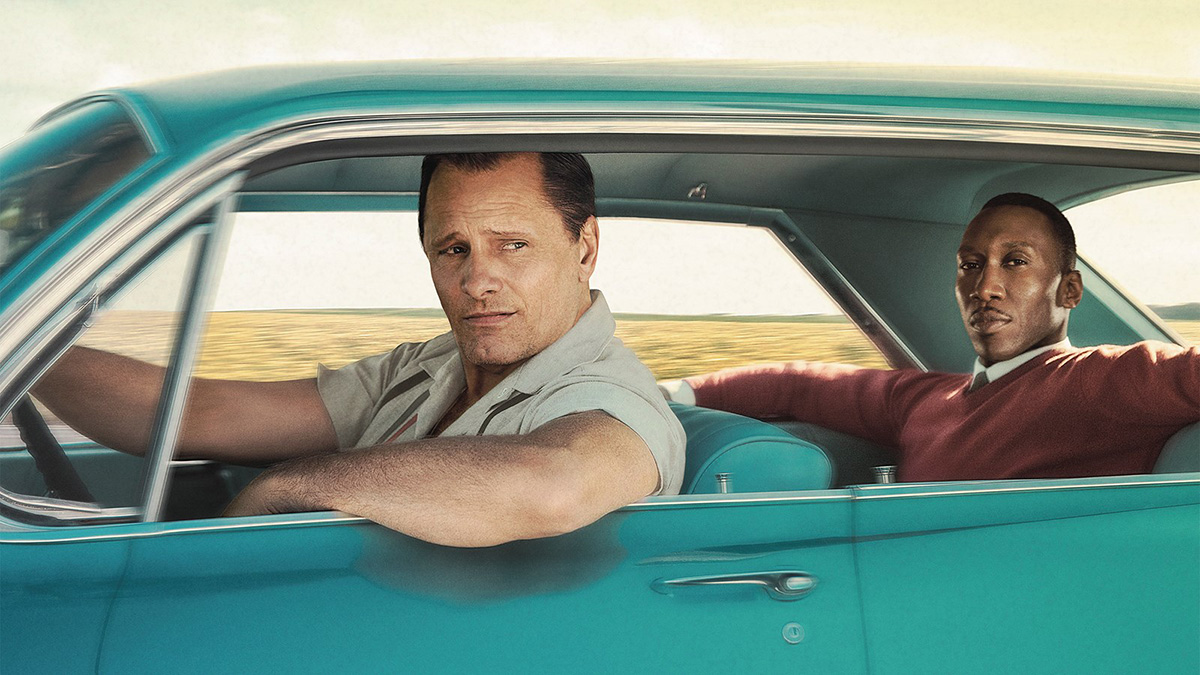 (RT: 82%) – Rated PG-13
Black pianist Don Shirley hires a White bodyguard and driver to protect him during his tour of the Deep South.  Using the “green book,” the two are able to identify the hotels and restaurants that will accept Blacks. However, they can’t help but clash along their journey. Not from their racial differences, but from their differences in behaviors and manners. “Green Book” is based on the true story of Don Shirley and Tony Vallelonga, who went on to become an actor,  later starring in film, “Goodfellas,” and HBO series, “The Sopranos.” 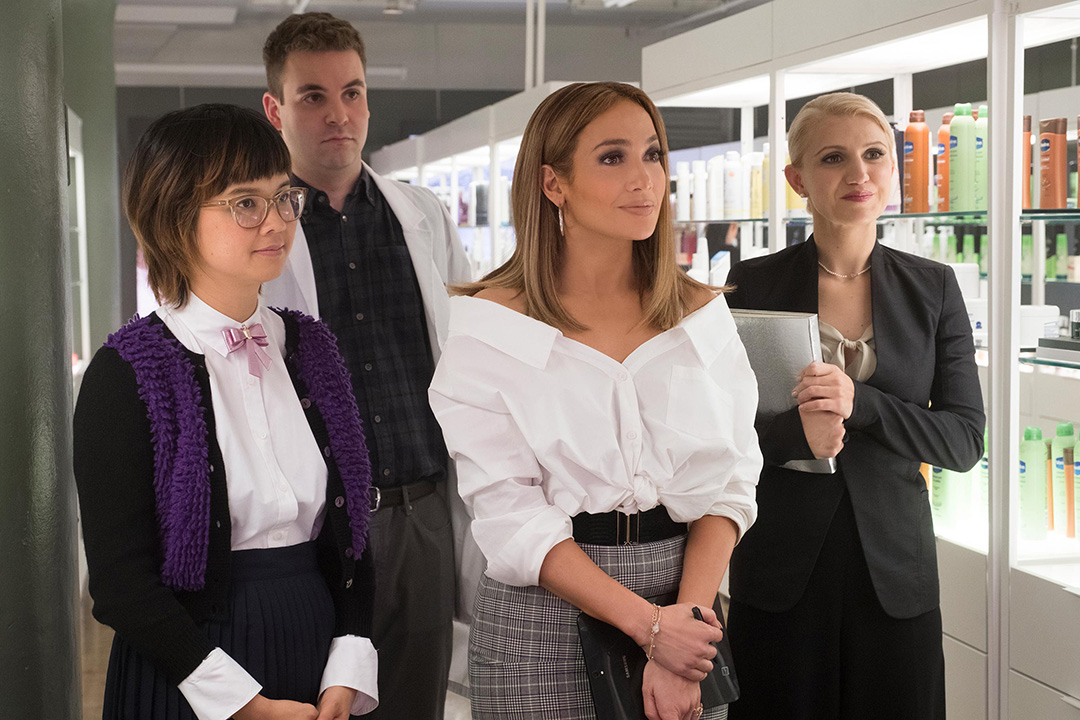 (RT: 42%) – Rated PG-13
Jennifer Lopez stars as a 40-year-old woman with a low-wage job. Luck would have it that she’s given a chance at having a corporate career after a fake resume leads a finance firm to believe that she would make an excellent consultant. The firm hires her to handle a major business deal. 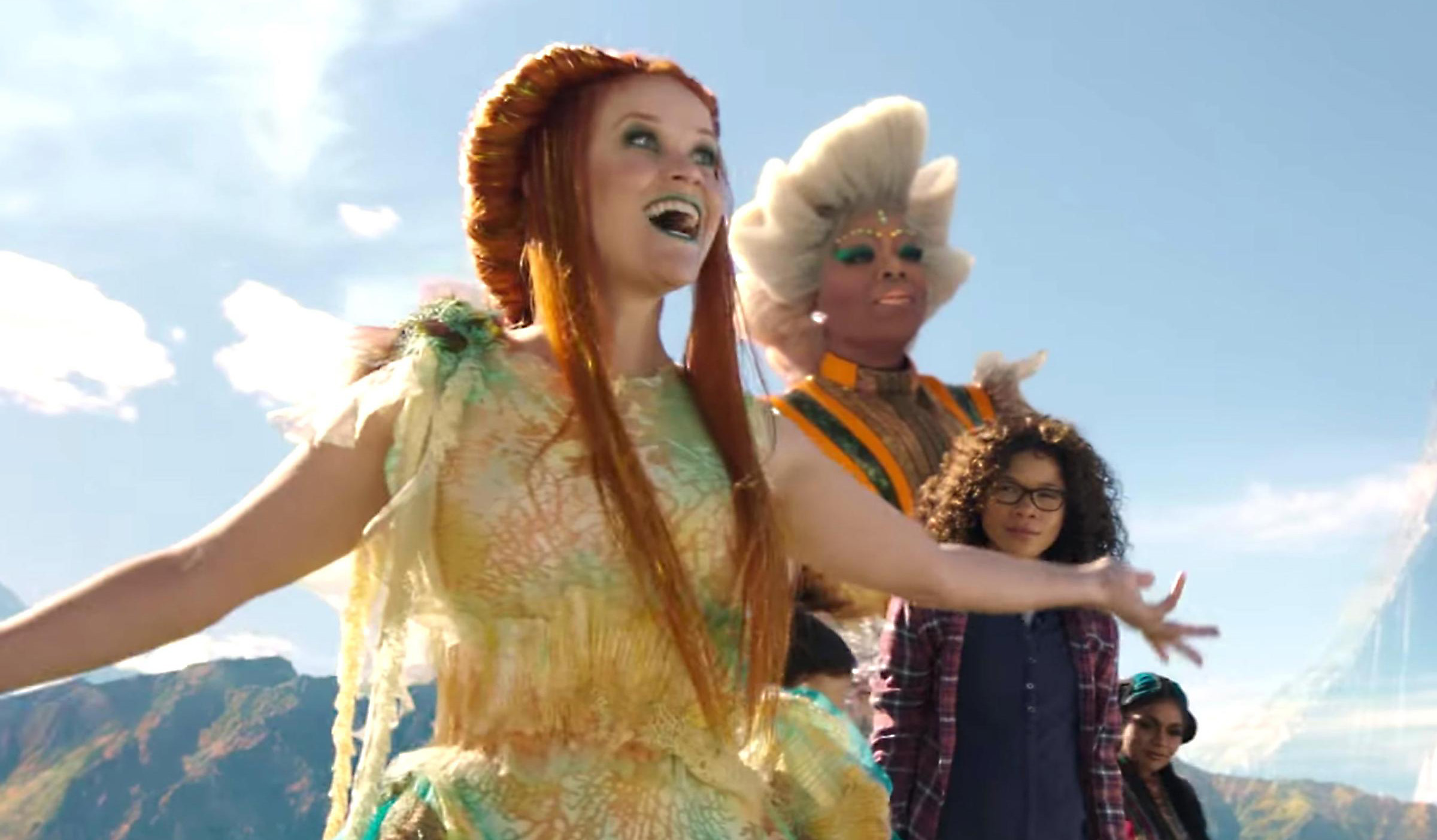 “A Wrinkle in Time”

(RT: 42%) – Rated PG
Popular children’s novel comes to life with the help of Oprah Winfrey, Reese Witherspoon, Mindy Kaling, and Storm Reid.  It follows a teenage girl, struggling to deal with her home and school life after the disappearance of her father.  With her brother and classmate by her side, she travels to through the cosmos to ultimately save her father. 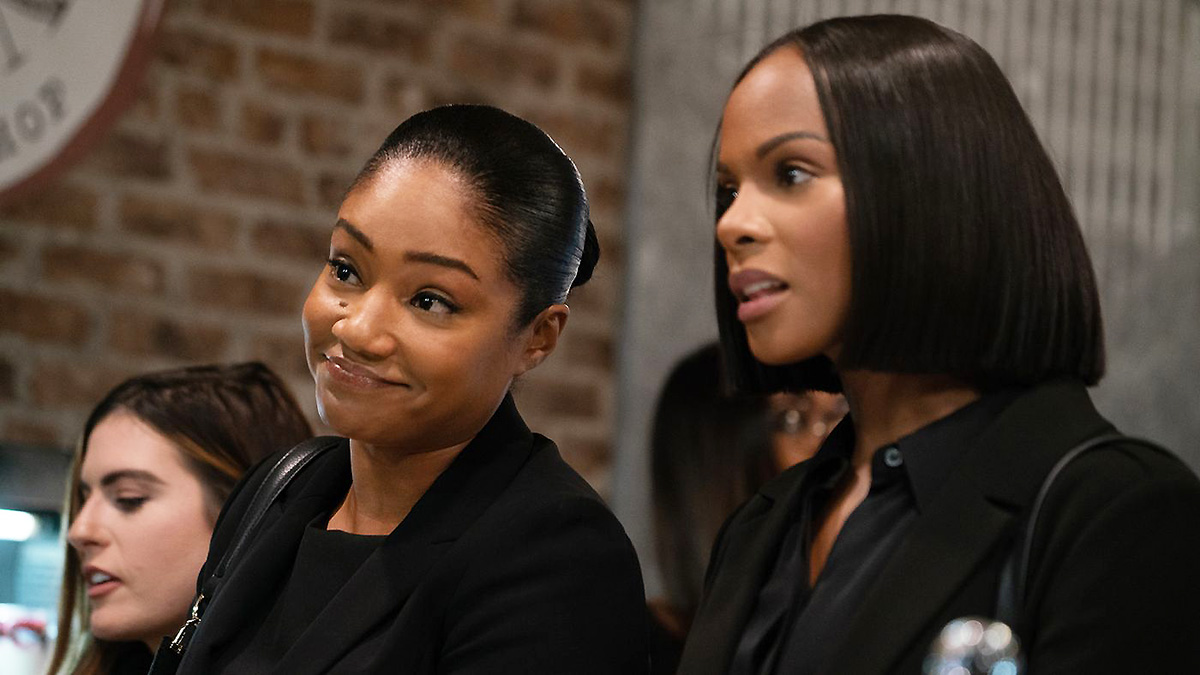 (RT: 24%) – Rated R
New comedic star Tiffany Haddish teams up with Tika Sumpter, Whoopi Goldberg, and Omari Hardwick to give an outstanding performance as a former inmate who now has to adjust to life outside of prison.

This selection is but a small collection of the diversity that happened in 2018. In June, AMEN OYIBOKE of bustle.com wrote, “Representation matters so much, and the fact that we’re seeing more and more movies being led by Black men and women is not only exciting, but necessary. In 2016, a study by The Washington Post found that 89 percent of Hollywood filmmakers are male, and 84 percent are white, with roughly half of them 60 or older. By having more people of color behind the scenes, the Black community can finally get some much-needed diversity on-screen.” Indeed, the popularity of these films, both critically and commercially, tend to determine that this could be the evolutionary process of a broadening of the appreciation and inspiration of the Diaspora by “The Man.”

What films would you add to this list? Do you agree with that we People Of Color were broadly represented this in 2018? And what do you think is next?