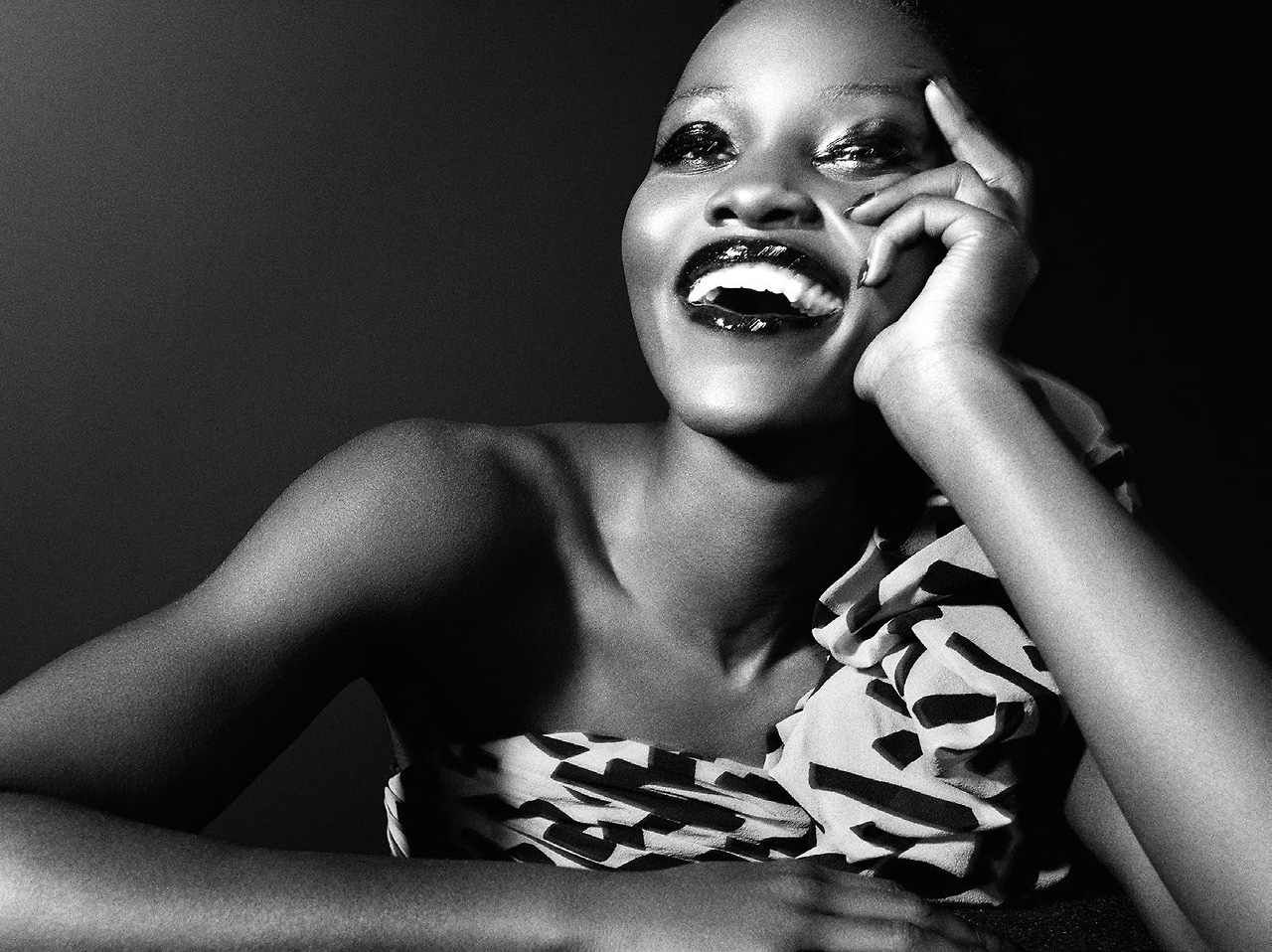 Lupita Nyong’o is living proof that the beauty of afrosensuality belongs everywhere. Her appearance in Vogue Italia earlier this year is, yet, another boundary breaking impression on the traditionally myopic fashion community. Working with noted fashion and celebrity photographer, Tom Munro, they created a remarkable set of images. They are fierce, artistic and dramatic, reflecting much of what has made Lupita as successful as she is.

The 31-year old Kenyan-Mexican actress is known for using her acting opportunities to share her own messages with her public. We like to think that does same in her modeling escapades as well. Lupita is a Golden Globe nominated thespian and SAG(Screen Actors Guild) Award winner. She’s featured in the films Non-Stop and 12 Years a Slave and Nyong’o is currently filming The Jungle Book and Star Wars: The Force Awakens.

During the last 17 years English photographer Tom Munro has contributed to some of the worldʼs most prestigious magazine publications including Vanity Fair, V Magazine, Vogue, Allure and Harper’s Bazaar. Tom has worked with some of the fashion and beauty industries most prestigious names, including Giorgio Armani, Hugo Boss , Cover Girl, Dior, Dolce & Gabbana, Givenchy, Lancome, Max Factor, MDNA Skin, Revlon and Yves Saint Laurent. He has photographed for movie studios Warner Brother’s and 20th Century Fox and some of the Music industries most iconic ﬁgures, such as Beyonce, Lady Gaga and Justin Timberlake.