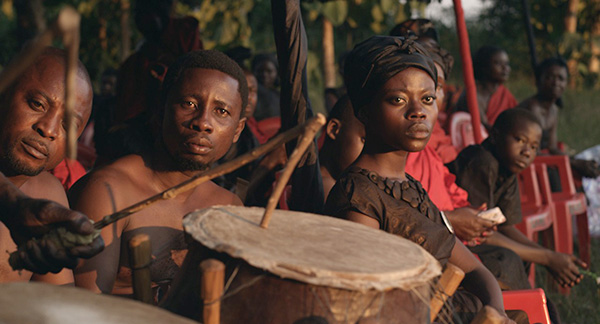 The short film “Kwaku Ananse” made its World Premiere on February 12th at the 63rd Berlinale Film Festival in Germany, where it competed for the Golden Bear Prize for Best Short Film. 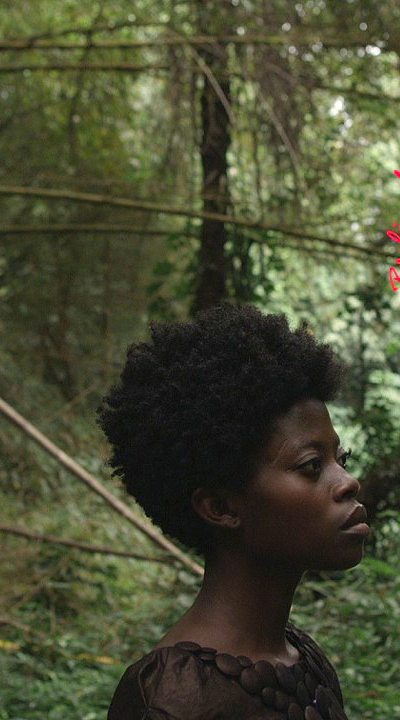 Written and directed by Ghanaian-American Akosua Adoma Owusu, it is a creative retelling of a West African fable about wisdom. Owusu puts her unique stamp on the story by weaving it with a semi-autobiographical thread that makes the story deeply personal.

The film opens with Nyan Koronhwea, the main character, arriving in a West African village to attend her estranged father’s funeral. She struggles to accept her father’s Ghanaian family or even mourn his death because she knows he lived a double life – having families in both Ghana and the United States.Rather than face the reality of the funeral, Nyan retreats into the spirit world, where she meets her father, Kwaku Ananse, confronts him about his deception, and has to decide whether to forgive him.

The film’s quiet, deliberative tone draws the viewer into Nyan’s experience, inviting empathy, and encouraging each of us to consider the state of our own relationships. Owusu describes the film as “an intensely personal project” that is “a reflection of a broader truth about the human condition,” and “an effort to preserve a fable my late father passed on to me…” “Kwaku Ananse” is a Ghana, Mexico, United States co-production, and was produced by Julio Chavezmontez (of Piano Production Company in Mexico) and Lisa Cortes (Executive Producer of the award-winning film “Precious”). It was created with the support of Focus Features Africa First, Art Matters and The Sarah Jacobson Film Grant. It stars Jojo Abot as Nyan and legendary palmwine musician Koo Nimo as Kwaku Ananse. Check out the trailer.

About Akosua Adoma Owusu:
Akosua Adoma Owusu is an American filmmaker of Ghanaian descent, who received an MFA from CalArts in 2008. One of ArtForum‘s Top Ten Artists, Owusu’s award-winning short films “Drexciya” and “Me Broni Ba” (My White Baby) have exhibited at MoMA, The Studio Museum in Harlem, Rotterdam Film Festival, and London Film Festival. “Me Broni Ba” won Best Short Film prizes at Athens Film and Video Festival (2009) and the Chicago Underground Film Festival (2009). Owusu was a featured artist at the Robert Flaherty Film Seminar in 2010, and has served on the jury and screening committees for Festival 3 Continents and AFI Silverdocs. In 2012, she was the youngest recipient of the Creative Capital Foundation grant. View her full portfolio at www.akosuaadoma.com.