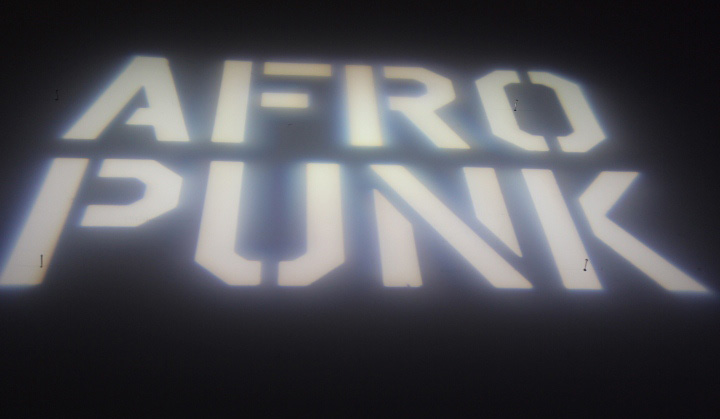 Described by the New York Times as putting “rock and rebellion squarely in the category of African-American music,” the Afro-punk Festival has become a Brooklyn intuition, the focal point for the burgeoning Afro-punk movement. Over the past seven years, the festival has presented new artists before they hit it big, such as Grammy-nominated Santigold, The Noisettes and Janelle Monae. Afro-punk mainstays like Saul Williams, The Dirtbombs, and Dallas Austin have also graced Afro-punk’s stages. This feature is Ali Esteem‘s first hand account of this year’s Festival in August. 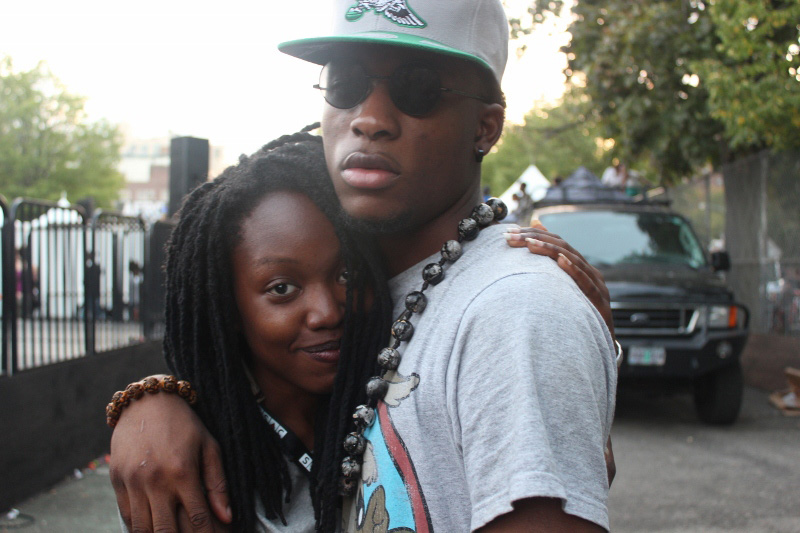 The Afro- Punk event was really an adventure first starting off at the Battle of the Bands on a Friday night with my best friend. I automatically loved everything about the room as I walked in because all the bands were rock  punk and the people there looked a lot like me which is an unusual  experience. The place was glowing in purple and pink crowded inviting people. Everyone was so nice, almost to the point I was asking why. You bumped into someone and they would respond “Sorry, my sister are you okay?” I was like wow I could get used to this! It wasn’t just that but the men were gorgeous and the women were incredibly beautiful. When I passed by someone I couldn’t help but being taken away by all hairstyles, clothes and smiles. It became a whirlwind of color and creativity. I myself was jamming to the songs being performed by all the bands while I took pictures of the sights in back of the rooms. At the end, the winner I believe were Tess and Inky Jack which is no shock, hearing their music I knew they were all pure talent. 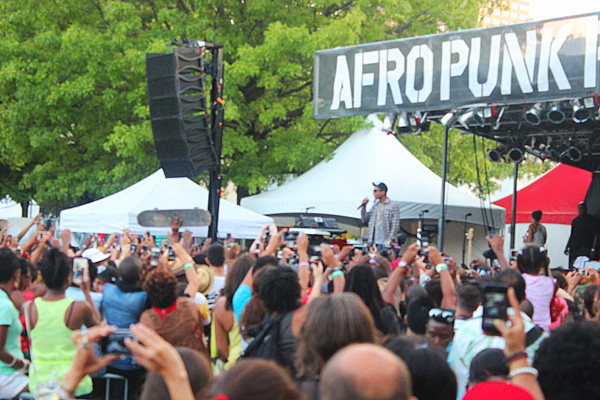 The next stop on the Afro Punk train was the first day of the official festival. It was huge, vendors, Afro Punk volunteers and true fashion lovers everywhere. I don’t even know how many people were there but my friends and I were swarming the bodies just trying to get place to place. We spent a lot of time at the skate park, to the youngest kids to the oldest adults all with their skateboards getting lost in all the music and festivities as everyone else Though the atmosphere was so pleasant throughout the day I was turned off by the amount of people. During the end, there was word Erykah Badu was setting on stage and nearly thousands of people were shoulder to shoulder waiting to for her presence. I wanted to see her in person also but I was so clustered, lost all my friends in the people and I had to leave only to find out Erykah was fantastic and brought out special guest Mos Def via Facebook. I missed out, yeah I know. 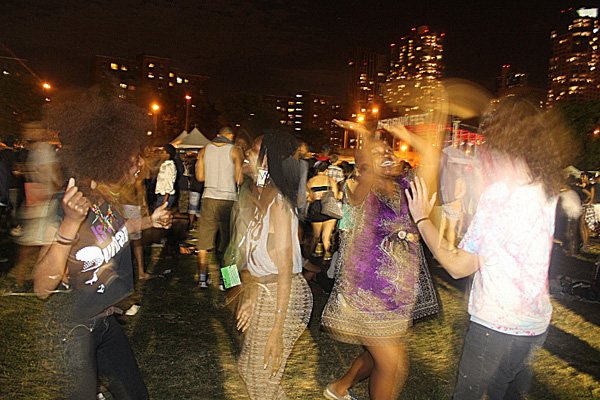 The second day, I decided to come back. While I was sitting around telling my friends on the phone how many fine men where there Pharrell out of the blue gets presented on stage only more so proving my point. He was introducing the lovely Janelle Monae who definitely did her thing in her famous outfit and got her audience super hype. Everyone was screaming,yelling to get a solid picture of the queen. The energy of excitement bounced off every person near. After the show, I stopped by the food truck to buy something to eat. The food there was delicious but very pricey and as a college student with no summer job I was dependent on my friends to look out. As it went from day to night, my group in I went from calm to live. The best memory was of us all dancing to the punk music, twirling, getting down and those moments snapped with my camera so we could remember it forever. I loved Afro Punk 2012. It was bundled with faces but it showed just how many people had a deep love for the culture as I did. The place included tons people I knew over Tumblr, more celebs such as Solange came through as I found from people bragging about the encounter. It all was just good music, good food and good company those days and as always that’s always the recipe for a great time.

Ali Esteem is a student at Medgar Evers College and author of two great Tumblr blog: Women of Gold and  Luv Yourself Some Esteem. Her favorite color changes ever day. She’s into oldschool Hip Hop, R&B and Alternative instrumentals. She is a young black woman of Southern and Haitian descent and is “still discovering where I want to be.”