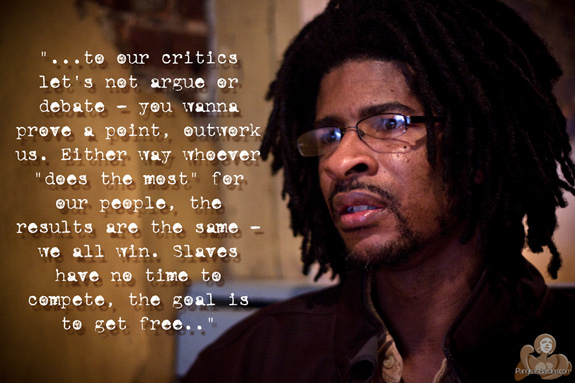 “The only person on this planet that has the ability to stop your progress is you, use your obstacles as stepping stones…”

It’s not often that SHE has the opportunity to meet a man so humbly committed to our community and so clear about his vision.  Meeting Kalonji Changa was an inspiring experience that would have anyone leaving wanting to rise and “Be the Change” in their own communities.  Not many people can note as many titles on their resume as Kalonji; to include filmmaker, artist, activist, public speaker and most importantly, an organizer of change.

Coming from a line of activism, Kalonji has been a leader and participant of many movements to include the Cease Fire Campaign, The Hip Hop University Cultural Initiative and the infamous Universal Black Panther Party. He expressed that he grew up seeing communities deteriorate.  Conditions of struggle and poverty inspired him to be vocal.  Kalonji has a natural love for people and so simply speaks the language to create not just an evolution of change, but a revolution of future leaders. He has a strong desire to reach our youth through conscious hip hop and positive voices. In 2001, he formed a rap group called FTP, which became that voice.  This soon evolved into the FTP Movement. 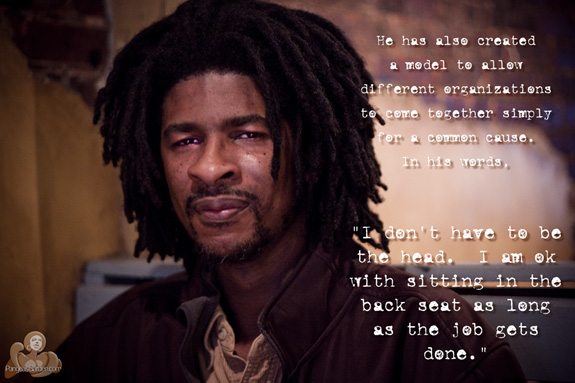 The beauty of the FTP movement is that it can mean many things to different people.  We can’t forget NWA’s “F” The Police, which generated awareness about police brutality.  There is Formulate The Plan, which this movement is clearly driven by.  Their words are always followed by action shared by the individuals that they serve.  Another popular meaning is Public Enemy’s Fight the Power, which woke people up to the possibility of fighting the abuse of power within our government and other bureaucratic systems.  Many are aware of Feed the People, an FTP program.  The list goes on and on, but for SHE, Kalonji Changa is clearly For the People.  He has created a way to integrate our culture with activism and with so many meanings to many; The FTP Movement will never die. 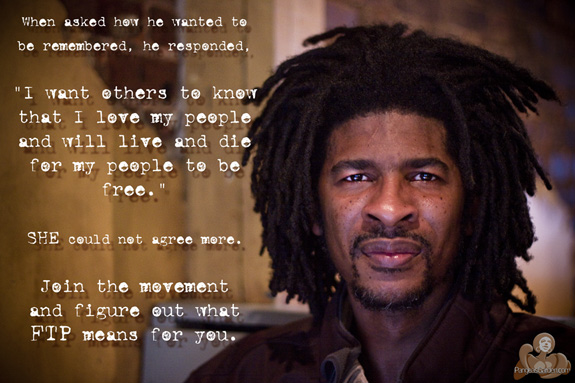 He has managed to lead an organization that has fed over 100,000 people since 2004 without funding.  He has also direct MOBB (Mother’s of Black and Brown Babies), FTP Artist Collective and has also hosted Black August concerts nationwide. His work has been featured in many publications as a recognized voice of many causes. His latest includes Kalonji’s debut literary project “How to Build a People’s Army” and his upcoming projects film- “Why We Say FTP” and Contraband Magazine.

Kalonji expressed his call for others to be a part of this movement to create consistency in support. He has also created a model to allow different organizations to come together simply for a common cause. In his words, “I don’t have to be the head.  I am ok with sitting in the back seat as long as the job gets done.”  While he is most proud of being able to reach people and have them commit to a cause, for him the job is never finished.  Families need to be strengthened and communities need to be formed that self sustaining and benefit from their own economic systems. When asked how he wanted to be remembered, he responded, “I want others to know that I love my people and will live and die for my people to be free.”  SHE could not agree more.  Join the movement and figure out what FTP means for you.