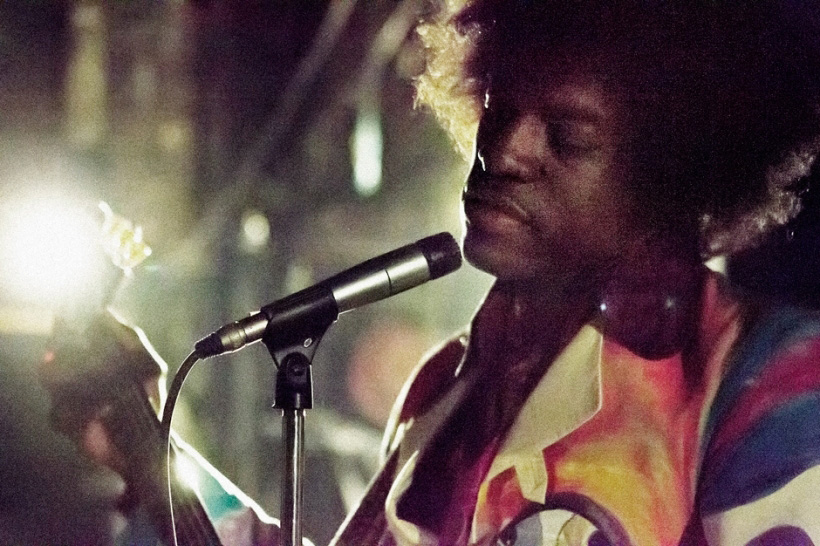 The Jimi Hendrix biopic All Is by My Side, starring Andre Benjamin, made its World Premiere at the Toronto International Film Festival last fall, and will make its USA premiere at the upcoming SXSW Film Festival this month. Thus far the film has been mired in controversy.

The feature film is written and directed by John Ridley, and it’s centered around the early, pre-fame days of the legendary rocker.   Ridley, who’s been at the center of some alleged dispute with his 12 Years A Slave director, Steve McQueen, is at odds with the estate of Jimi Hendricks. This Hendrix project didn’t have the official approval of Jimi Hendrix’s estate to use any of the musician’s original songs, with reps for the estate accusing the filmmakers of moving forward with the project without their official permission.  So Hendrix-written classics like Purple Haze or The Wind Cries Mary, are not in the film, primarily,because of rights issues. The producers set the film in “Hendrix’s pre-fame era,”  so the music used are covers of other musicians’ songs Hendrix performed. Since the Hendrix estate did not grant the filmmakers with access to any of Hendrix’s original music, Andre will cover the Beatles, the Troggs, Elmore James, Muddy Waters and others. The movie’s existence doesn’t make the Hendrix estate happy, but it steers clear of legal trouble by focusing on the musician’s breakthrough period from 1966 to 1967. 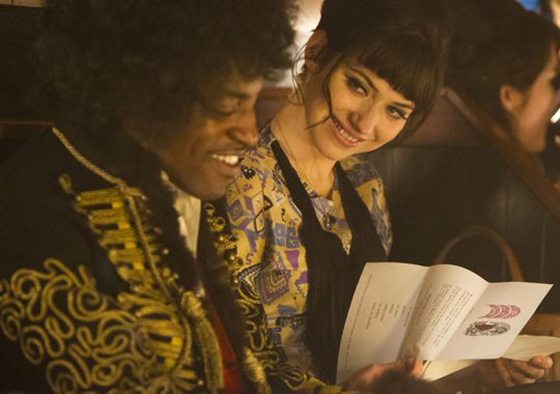 Andre 3000 as Hendrix, is in this scene opposite Imogen Poots, playing model and muse Linda Keith, onetime girlfriend of Keith Richards, who inspired songs from both men.

Although a general release has not yet been released, it’s expected to drop this summer. Some firstl look footage has hit the internet in the form of a couple clips featuring Hendrix and Linda Keith (played by Imogen Poots), and Michael Jeffery (Burn Gorman). Keith was the girlfriend of Rolling Stones guitarist Keith Richards who played a part in Hendrix’s early success. Jeffery would eventually become Hendrix’s manager.

“12 Years as a Slave” screenwriter, John Ridley, who wrote and directed the film says he was inspired to do so after hearing the Hendrix instrumental “Sending My Love to Linda,” which is about Linda Keith, Hendrix’s muse and former girlfriend of The Rolling Stones’ Keith Richards. No stranger to acting, the 38-year old rapper has starred in such movies as “Idlewild” and “Four Brothers.”

Hendrix died in England of a barbiturate overdose at the age of 27 in 1970.

The question, now, is whether audiences will be down with a Hendrix movie that doesn’t feature his iconic music. What do you think? Will you see it?